From the Thames to the Towpath 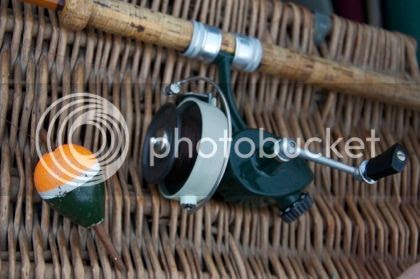 Last week I had the rare pleasure of a rather different road trip with two extremely different fishing days and a fishing show thrown in for good measure. This is almost becoming a bit of an annual tradition, as I make the most of the long haul from my home in Devon to the PAC Convention.

First stop was the Thames near Pangborne and a long awaited meeting with Garrett Fallon and Steve Roberts, who runs a very different kind of guided fishing service on the Thames in the form of River Days. 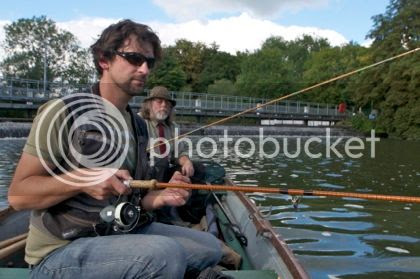 In an age when the soul of fishing seems to have been put in a headlock, punched a few times and then kicked in the nads for good measure, how refreshing to see a professional guide offering something completely different, with soul, style and substance (take a peek at: www.riverdays.co.uk) . Steve is a man who lives and breathes classic fishing; who injects new life into old methods and believes that vintage tackle belongs not in glass cases but on the water catching fish.

That said, I couldn’t resist the temptation of my new toy- the first rod I’ve bought in several seasons in the form of a lovely, stupidly light lure rod. And right from the off I caught perch on small jigs, whole tribes of the little buggers on the attack and the gnome style rod convincing me they were bigger. 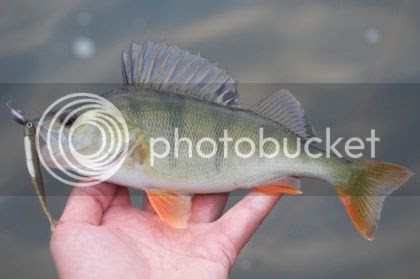 It was simply one of those days when you can’t help but feel good to be alive and forget about the bullshit that gets in the way. Three men in a boat, a glorious, rushing weirpool and plenty of perch and pike. Heck, the boozer we hit for lunch even had one of my favourite IPAs on tap, while the day was eventful throughout. 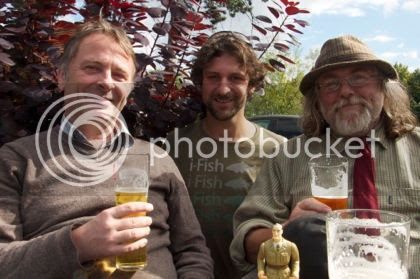 I’m not going to spoil too much of the surprise, because it’ll make a great feature in the near future (and unfortunately I have to do inconvenient things like eat and pay the rent), but it was inspiring stuff. It was the first time, for example, that I have ever used split cane for pike; and although these old school rods aren’t exactly light, there is something beautiful about cane that goes well beyond nostalgia. It really heaves and throbs with a decent fish. 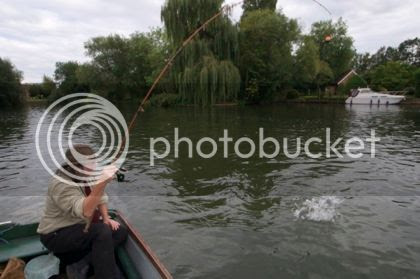 Garrett had the best of the day, also on the cane, like me reveling in the sort of day’s fishing that is too often denied by a manic workload. But perhaps when we are at our busiest, we savour the fishing even more. 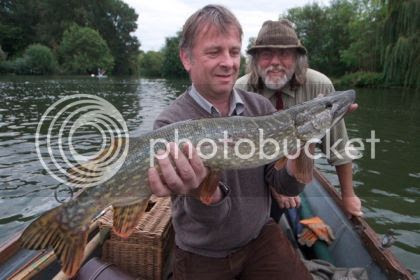 We packed up late, enjoyed a tactical debriefing in the pub and I arrived in Kettering late for an early start at the Pike Angler’s Club Convention early the next day. Always a great event, but the bugger about being a one man show with a stand to keep and wares to flog is that you don’t really get to enjoy the talks and the rest. But these events are great all the same, if for no other reason for the strange family feel you get from meeting with other anglers. It’s always nice meeting folks who read your work, and I tend to learn as much from them as perhaps vice versa.

The General came with me too and as I said hello to fellow predator enthusiast Ian Petch, the tiny military bastard met his equally small match with Jed I Knight, another silly but entertaining miniature fishing star, for a face off. 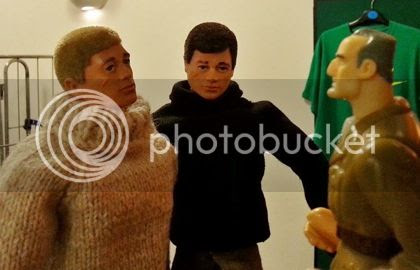 The curse of fishing writing is that it has shag all money- but perhaps that’s partly why folks like Barry McConnell, Paul Garner and Sam Edmonds are no prima donnas, but just bloody nice, down to earth guys who do what they do for love rather than fame or money- because let’s face it, celebrity anglers are lower than celebrity gardeners in the glamour stakes. And probably have even dirtier finger nails. 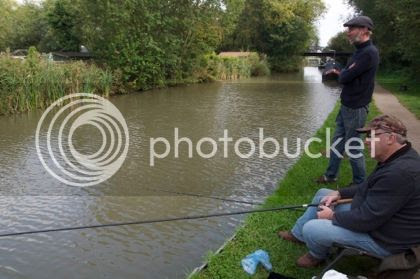 Talking of dirty, my next assignment was on the somewhat-less-than-beautifully-clear Coventry Canal, with ace Idler’s Quest blogger Jeff Hatt and his pal Martin. For those who don’t know Jeff, he is one of the unsung heroes of fishing; a chap who tackles those less fashionable fishing mysteries such as the towpaths of the Midlands.

Zander fishing is always a rare treat for me, with the species being non existent in Devon and Somerset. But even a guy who fishes for them regularly can get foxed from time to time, and it was to be an interesting, if slightly grueling, day of fishing.

Jeff’s use of large single hook rigs and float tactics is interesting in itself, besides his observations on this fickle species. Recently, he has had some encouraging results in the wake of passing boats, which you suspect not only stir up the bait fish, but actually smash a few of these up on waters that teem with millions of them. But could we make contact on a Sunday with regular traffic?

I have only dabbled previously with the method, but I tried drop shotting besides tiny jigs in an attempt to catch some fish, while Jeff tried little skimmer sections. The perch were about all I could interest early on though. They weren’t especially big or clever, but once again the toy rod made them thump quite pleasantly.


Just two days ago Steve of “River Days” had given some sage advice- that if you’re frustrated when fishing, you should breathe deeper, turn around and appreciate your surroundings. I love this sentiment, but it takes a different kind of resonance on an urban canal, which can be curious for several of the wrong reasons.

Early on, for example, we came across a bloke and a woman with a voice like a chainsaw, camping on the bank. They had caught a few bream but also, we later discovered, left a trail of tinnies, shredded rizla packets and black bags to decorate the bank. Living the dream. Twats.

The boats themselves and their inhabitants are also an interesting community. Their gardening efforts, random signs and pets sit on these boats and the whole boat living model would appear to attract quite a strange crowd. 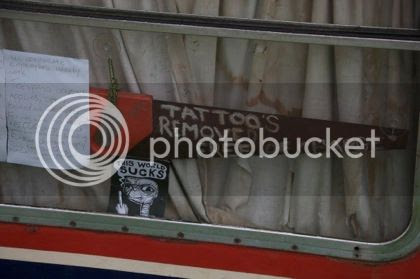 Meanwhile though, we were pretty stumped on the zander front. Martin lost one on a worm, of all baits, while I narrowly missed a General sized zed that didn’t hook properly. Even Jeff couldn’t fathom their lack of interest, as we exchanged theories and hopped swims.

I had really been hoping to land a nice zander on one of my special prototype dropshot flies, which are in the process of being refined for Turrall. The murky water didn’t prevent me from earning a nice hit beneath a boat when I made the switch, but it was another perch rather than a zander.

I was creaking by close of play and none the wiser, admittedly, but learned quite a lot. Thank God for perch is all I’ll say.
Posted by Dominic at 14:09

It was a very tough day.

The previous afternoon I had run after run and a mid four pound zed the end result, This afternoon I returned to our furthest swims and banked a mid two pound perch.

Seems we hit the cut on the wrong day, Dom. What can you do but fish on, eh?