Catching on the classics 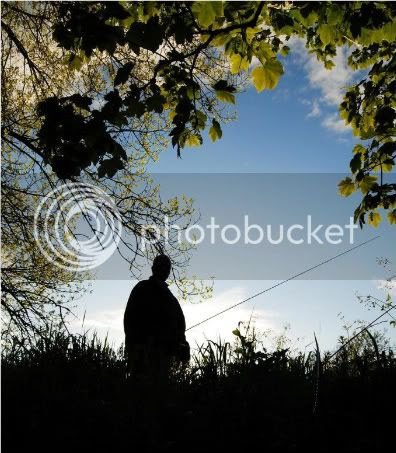 As Summer kicks in certain fishing traditions just beg to be revisited. In my case it just wouldn't be summer without afternoons spent catching trout on dry flies and roach on hempseed.
Timing a visit to the river with rising fish is perhaps the more fickle exercise of the two, but I liked EA bailiff Nick Maye's confidence as we headed for a stretch of the Culm. A forgotten gem of a trout river, the Culm has made a healthy recovery in recent years, from a state where the water could literally appear in a different colour each week from industrial dyes in the water, to it's present rude health and even the odd salmon and barbel. As well as getting the inside story from Nick though, I was keen to try the classic "Beacon Beige" fly which originates from the Culm itself: 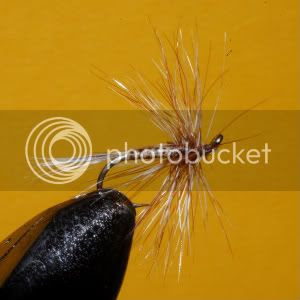 The original is a fairly well hackled affair, as you can see, which uses Plymouth barred Rock hackle and stripped peacock. All very nice- but I was also keen to try one or two more modern twists (or "bastardised beiges" as you might call them!). Mine use beige Turkey Biot for that classic segemented effect with less fuss: 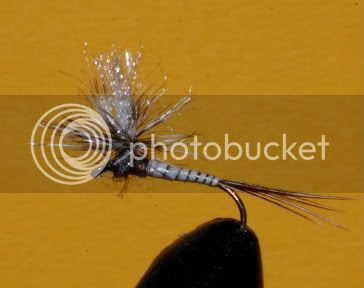 We had some sport on the dry fly at fairly regular intervals through the afternoon, but in spite of my tinkerings I must confess the trout preferred the higher riding and bushier classic pattern this time around. My modern dressings took a couple of small fish then, but sooner or later I had to eat humble pie and pinch a couple of traditionals off Nick, much to his amusement. One juicy rise saw battle drawn with a cracking brownie at one stage which I was gutted to lose after a long fight. Hooking a Culm beast of his own, Nick made no mistake later in the day though and landed this beautiful specimen. Outstanding stuff!: 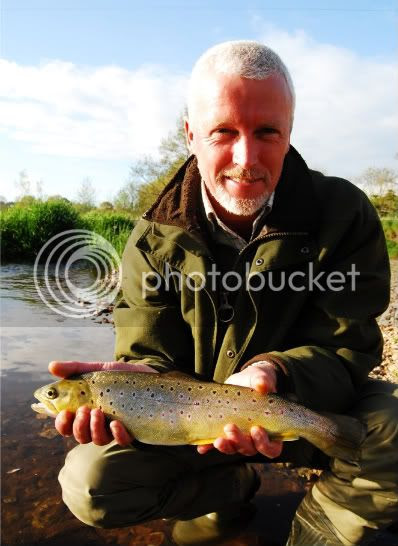 Above all, the Culm is just a beautiful river and I can't remember the last time I made so many "last casts", the trout deciding to rise again each time I announced "I'd better go... I'm already in enough trouble."
Otherwise my efforts have been for roach on hempseed; another method which truly epitomises the pleasure of summer fishing for me. Milemead lakes proved fruitful with a cracking net of fish, with plenty of skimmers and hybrids also taking a liking to a grain of hemp. The feeding pattern was important on this one- whilst I would usually feed small amounts like clockwork, the fish seemed to be charging about too much and so it was case of bigger helpings a little less often.
The bites are simply classic when you hit a rhythm and give the swim time to settle- slow, deliberate, decisive pulls. It's not strictly a specimen method I guess, just a lovely way to catch a healthy stamp of roach. I didn't find any of the real giants of Milemead, but took a good staple size up to 1lb 2oz. Like with the fly fishing, it was nice to see traditional method still winning out- I had toyed with the idea of fishing pellets for these quality roach, but what would Mr Crabtree say to this sort of blasphemy? 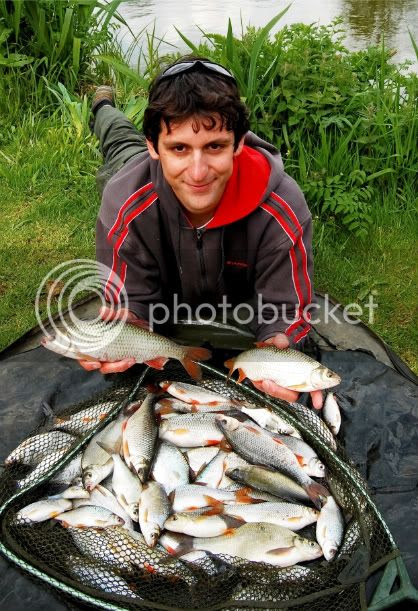 The writing continues to be rewarding, with a real bumper month too- especially proud to be part of Fly Fishing and Fly Tying's 20th Anniversary Edition, although I would urge all those who enjoy Bellbrook Valley to have a look at the Mayfly feature in Total Flyfisher. Sadly I'll be away for the annual Mayfly fest- but very much looking forward to some laid back living and fishing for purer pleasure for a while out in Finland, where I have this daft idea that I';m going to catch zander on a fly rod. But that's another story... here's wishing everyone some great summer fishing.
Posted by Dominic at 14:19 No comments: The Little Dart near Witheridge is a place I try to visit at least once each season. My reasons are simple enough- when life gets too serious, it offers the sort of small stream fly fishing so aesthetically pleasing you could almost stick it in an art gallery.
But whilst the fishing is decidedly pleasing on the eye, the challenge is always engrossing. Scores of perfect little trout here, but not creatures to stick around once they spot a tall bloke in waders waving a stick at them. I began in my usual fashion, with cautious steps and the pragmatism of a New Zealand style set up. I was really hoping for rising fish though. In spite of the dour May weather, there was plenty of activity on the surface, with emerging Olive Upright Duns hatching steadily through the afternoon: 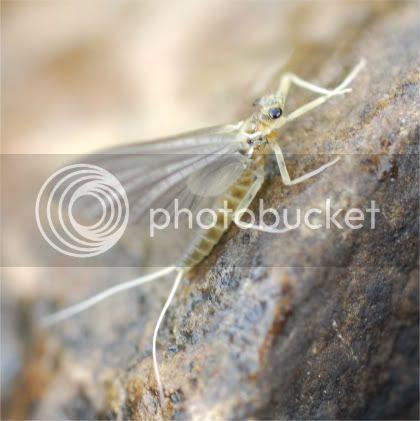 Whilst I lacked a perfectly matched fly pattern, the fish readily accepted a little olive emerger of suitable size (usually a 16) and I managed to add several confident dry fly takers to my tally as the day finally warmed. Not big fish, but so distinctive looking: I've said it before but "brown" trout is such a bland understatement- try gold, bronze, yellow and cream; black, red and even blue markings from tiny freckles to great dashes of colour. When the fish are this varied and beautiful, size truly isn't everything.
A shame I'll be away for the coming Mayfly hatch, but for everyone else, grab some fishing tokens while you can from the excellent folks at the Westcountry Angling Passport scheme (www.westcountryangling.com) who offer miles of superb fly fishing from a mere five quid a day.
Posted by Dominic at 04:33 1 comment: 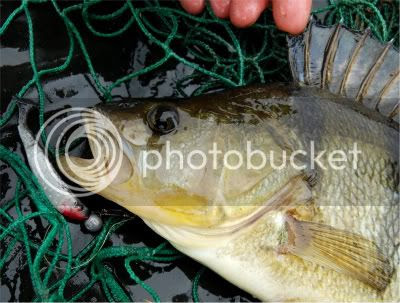 With merely two weeks before heading abroad, my brain is entering meltdown. So much fishing in prospect, so many strange plans for the summer and only so much time to fit it all in. Where exactly do I start?
The Devon Pike Anglers Club match seems a reasonable place to begin. We had a terrific day out on the canal and in spite of less than spectacular results, the whole event was fished in the right spirit, with good banter and excellent sportsmanship. In what other match would you see anglers helping to net and weigh fish for rival teams?

We decided to make the event a pairs match- a good move, I thought, because it added a cooperative spirit as well as a further element of surprise. Everyone had bites, but the fish seemed to be pecking at lures rather than trying to murder them. Top man on the day was Barry Thomson with two jacks like peas in a pod at five and a half pounds each. 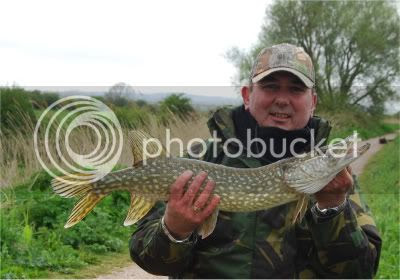 Rob Darby took the best pike at over seven pounds on his travels towards Double Locks (nothing to do with the pub being that way?), whilst my own day was brightened up by a lovely perch of two pounds (first picture). One of the lads had mentioned a decent perch falling to a pike lure on one part of the Topsham stretch and in spite of this being a pike event, I couldn't resist trying a little 2" jig. It didn't count of course- but I wasn't complaining.

Otherwise I made it my mission to get back to Anglers Paradise to revisit Zyg's refreshingly different trout lake in the hope of one or two surprises. Once again, it was a challenging but rewarding experience and besides a brace of rainbows and two browns I also took a nice blue trout of about a pound. 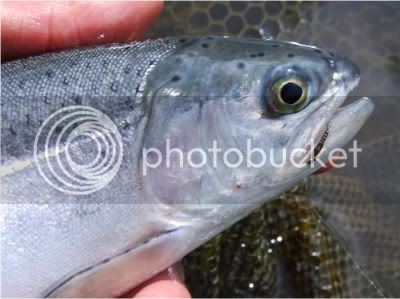 With a trace of Deja vu, small green nymphs worked best again- either a Daiwl Bach or a spider did the trick. With scores of tadpoles I had fancied a small, simple black lure- but only managed one taker with this method. The deeper part of the lake seemed the place for the rainbows, whilst some stunning looking but easily spooked browns were marauding the shallow corners. I got to grips with a couple of browns eventually, including a beautifully marked two pounder I'd seen sneaking around the edges, a fish that I took a quick snap of in the water before a quick release. A good days sport then, and with reports of brook trout and even grass carp, who knows what other surprises are lurking in this clear, weedy water?