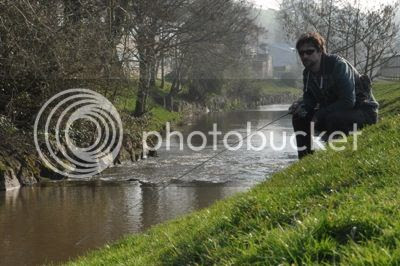 After a fairly indifferent winter for fishing, spring couldn't have come sooner for me this season. A fair weather fisherman I am not, but by early March I've usually just about had my limit of dour days. Perhaps I set some tough challenges of late, but I have to admit I've been unsuccessful with efforts to catch both a big grayling and also a flounder on the fly. Time to move on.

The very thought of a sunny afternoon on a small river awakens a happy sort of naivety in me. I had planned on a trip to a shallow local canal earlier in the week, chasing rudd on the fly. But with the water disappointingly brown and few fish showing, I took a detour to Tiverton's River Lowman instead. It's a place that brings back a lot of happy memories in spite of its location, running through the dog-eared edges of Tiverton. It was here I captured the cover shot for Theo Pike's wonderful book on free fly fishing "Trout in Dirty Places." The curiously named Paradise Fields area also spawned an article for Trout and Salmon. It must be a couple of seasons since I last walked its length however.
I'm always a great one for early season naivety. I kid myself that it'll be warm, the fish will be rising and the water will be clear. But early season trout fishing is more often a recipe for pragmatism. Big insect hatches are not common and I often find that rather than copying nature, the best way to get off the mark is with a nice visible nymph in the right place.
The Lowman was still carrying some colour, making it tricky to spot the fish. But running a gold bead nymph through the tumbling tail of a pool by Amory Park, I had solid take on just my third cast and a pretty trout to open my account. 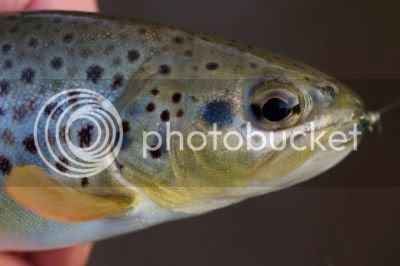 One saving grace of fishing in March is that the undergrowth is still quite bare, making it easier to get at those swims that will be a bit of a jungle by summer time. Most of the river can be fished from the bank too, although with a high sun you really have to duck and kneel into position to avoid sending the trout scattering. I've said it before, but there are days I curse being a conspicuous 6'5" tall. In a public setting it's not just down to you however, as there's always the chance that someone's dog will jump into the pool, or a misplaced clearance from someone's kickabout will send the trout packing.
On this occasion, I had the best of the fishing by taking a decent walk and getting beyond a couple of little inflows that were bringing muddy water into the mix. I didn't see a fish rise all afternoon in the end but another handful of trout, all in the 6-9" stamp, intercepted a small Hare's Ear or Copper John and gave some excellent sport on a four weight outfit. 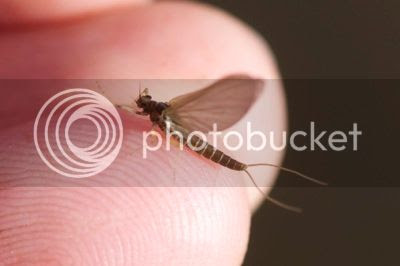 It was only a couple of days later that I found the first hatch of the year, on a different stretch of urban river nearer to the east Devon coast. I say hatch, but a measly number of large dark olives never seemed to persuade the fish to rise. A beaded PTN fished under a Klinkhamer worked a treat however, anywhere I managed to get a clean cast without spooking the fish.
Quite a low water level and bright sun made them hard to fool at times. Perhaps the best areas were the shady edges of walls and boulders, or simply letting a nymph tumble through the headwaters of each little weir.
I might have had even more hits, had every dog owner in east Devon not decided to let their mutt go swimming. But you can't grumble at six beautifully marked fish from a free stretch of river, including a couple of spirited half pounders that had me convinced something much bigger had taken hold: 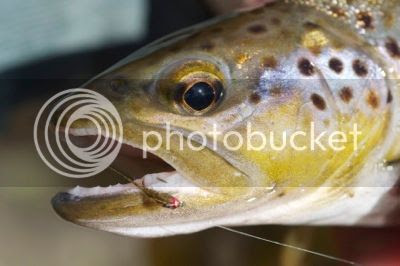 I'm well aware that some blog followers won't be into fly fishing, but if you've yet to try your hand at it I would highly recommend it. It's such an interesting exercise, you don't need much kit and there is a wealth of cheap or even free fly fishing these days. Fishing the fly definitely teaches you use the flow of the river rather than avoiding it. It also teaches you a lot about how to approach fish on clear waters and just how easily they can spook. For the sake of a few quid (my half day sessions for beginners start at just £80, with all the gear and flies provided) it really could expand your horizons. The site has more info: http://dgfishing.co.uk/guided-fishing/

In other news, I'm also going to be contributing lots of new and exciting material for Turrall this season as part of their online presence, with news, fly patterns, tips and more on the way. Do give them a like and a follow on Facebook and Twitter to get the latest, or check out Pinterest for photographic highlights old and new.
Posted by Dominic at 10:30 No comments:

Saved by the Perch 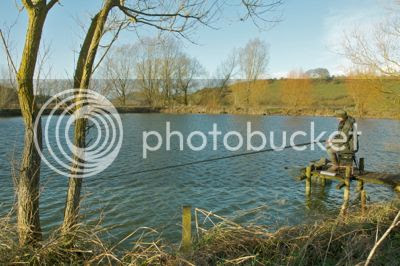 I've spoken before of my love for perch, but this week I have more reason than usual to feel grateful for these fish. In simple terms, they are life savers. They give a focus to that fag end of the late season when everything looks flooded, frozen or bordering on hopeless. The bait is often free too, while even the smallest day ticket lake can yield proper net fillers with a bit of effort.

It's funny how our attitudes shift during the season. After lashings of rain and general punishment on natural waters, the very commercial fisheries you weren't so crazy about last month suddenly seem very tempting. Hence after three blanks on the trot with pike, I was relieved to forget the rivers and join Chris Lambert for a crack at Viaduct fishery, Somerset.

Out of sheer naivety perhaps I expected plain sailing as we loaded up my motor. Closed roads and squeaking windscreen wipers removed this illusion before we ever got near the fishery. I'm no fair weather fisher, but even I wondered what we were letting ourselves in for as the wind started to howl and we crossed high, muddy rivers. I was determined not to blank though and we got ourselves well set up for the day. Besides waterproofs and a giant flask of tea, I watched Chris Lambert assemble a lunch with more calories than a Glasgow chip shop.

The fishery itself was wind and rain hit from the off as we skirted round a match on Carey Lake to set up on Campbells, which is opened for only a limited period each year to perch anglers (it's usually match only). Chris was gunning all out for a big perch, hence prawns would be his main attack. I wanted to simply catch before worrying about any figures, so I dug out my pole and a good supply of worms.

I often find the textbook advice is next to useless when it comes to the iffy late season perching. One thing to note is how changeable the typically shallow commercial lakes are. It can be a real game of hide and seek. A cold or warm spell can totally confound expectations too, but my first port of call with perch in an unfamiliar lake is to establish where the deepest and snaggiest water lies. Most of these pools have a "dam" end, often with a concrete structure or overflow which can be a decent feature in its own right. Snags are more misleading in my experience. They can look great, but without sufficient depth beside them they can be mere eye candy (and sadly this is real life, not "Mr Crabtree Goes Fishing").

The session required quite careful feeding and fishing in the end. I fed three pole lines, one with chopped worm and ground bait in the deepest water, plus two marginal swims fed less often with a mix of chopped prawns and worm. Other than nearly getting blown into the lake, the only excitement was with a handful of skimmers.

The margin swims took somewhere in the region of three hours to signal any interest, but I kept switching over to each in turn every so often, just to see if anything was showing. Meanwhile, Chris was busy catching tench that kept stealing prawns intended for perch. He also tried right by the legs of the nearest platform for a bite or two- an often overlooked area for perch. 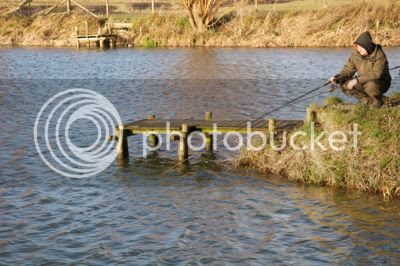 The weather got so horrible at one point that we seriously considered packing up. I had abandoned my box for parts of the session, if only to avoid a drenching by huddling under Mr. Lambert's shelter. As the weather got a bit less nasty though, I finally managed to hook a fish that clearly wasn't a dead-hearted skimmer but something very possibly stripy and spiky. 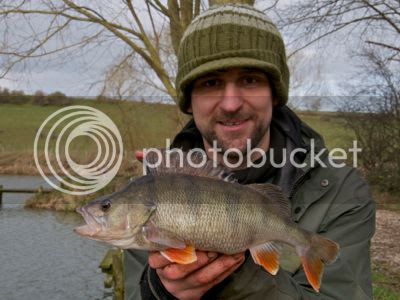 By trickling small helpings of chopped worm into the swim I just about managed to keep a few bites coming, finishing with four perch over the pound mark, the best of which I'd guestimate at a little over a pound and a half (above). Not exactly earth shattering fishing, but a big improvement on nothing and an enjoyable day out.

I never like to get too techy in this blog, but a few questions are still swimming in my head. One is the behaviour of perch on really wild days. Does a strong wind put them off I wonder? It's not the first time I've struggled to get a bigger fish on a blustery day. The only thing I can say for certain is that ugly conditions make every job slightly harder. I'm pining for the spring, as it happens, and being able to swap the tub worms for a box of flies. 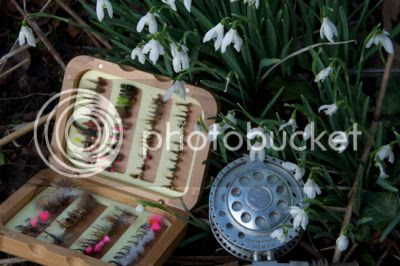