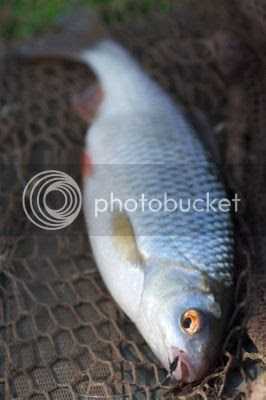 I’ve enjoyed some really interesting sessions this past couple of weeks, despite much of my free time being squeezed, crunched or written off. This is definitely a huge benefit of lure or fly fishing though; you can be packed and ready to fish in seconds. Nor is a lack of time my problem solely- it’s the same for loads of my friends who lead equally busy lives and seldom manage to get a full day in. I strongly suspect this is part of the reason why the fishing world is changing, and light, mobile methods are the in thing at the moment.

Sometimes, admittedly, it can take me a good hour to forget my to do list and all the shit rattling around in my brain. But I know of no better place to throw it all into the depths than a little estate lake I’ve been frequenting for about a year now. Not the cheapest, for a skinflint such as I, but very pretty and very rich in insect life. A handful of others fish for the carp with bait, but I just love wandering about with the fly rod. I tend to take two set ups: a four weight for rudd and hybrids, plus a nine weight for the carp, which really take some stopping. On those days when nobody else is around to bother, I also sometimes take a little boat out. 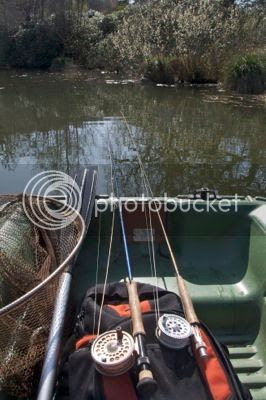 Perhaps the dry, hot days this spring are the culprit, but it hasn’t been all plain sailing due to quite coloured water- and the same goes for the canals. This makes spotting the fish harder, and also makes it harder for them to spot your flies. Bigger spiders have worked though (up to a size 12) along with red or claret buzzers with a little flash. Sometimes a tag team of two is better than one also, if only to double your chances in coloured water. If nothing else the rudd have obliged: 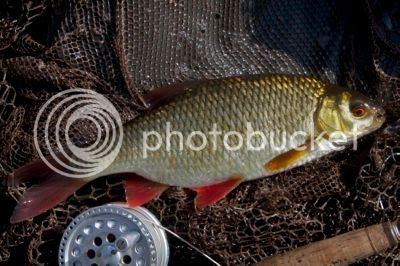 Funny fish these. Shy, too, where they don’t see a lot of humans. Make a shit cast and they flee like a gun has gone off. Land it right, with the flies settling gently where they can see them and they’ll take with zero hesitation, making you wonder why you ever found it difficult ten minutes ago. I’ve yet to spy a really big one, but there are loads in the 6oz to 1lb class that kick very pleasantly on light gear- in fact, not even the lightest match rod gives a better buzz.

Other, stranger things are also stirring. I think they’re rudd bream or roach bream hybrids. I pick my words carefully because I’m not sure and I’ve never seen a true bream in this little lake. They do like forming a squadron a foot or two under the surface though, sometimes mixing with the better rudd. Sink a fly to one stealthily and they’ll often take at the first time of asking. Although a lot of anglers see them as not entirely desirable, they do tend to fight harder per pound than either rudd or bream. This one took a claret buzzer: 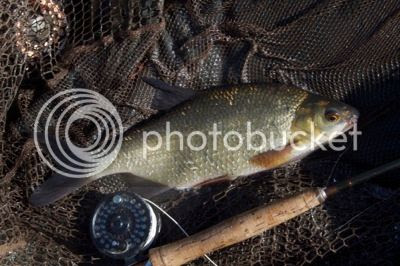 The beauty of a natural, mixed fishery is that you're never quite sure what you'll encounter next. For some coarse fish, such as bream and tench, I rarely go all out for them but will usually fish for bites with an easier species like roach, rudd or perch, but always be prepared to have a cast at any bonuses that show up. The value of always being ready cannot be too keenly stressed either: when that surprise fish comes into view, you simply must be ready to make an instant delivery, rather than faff around trying to find the fly or untangle the fly line.

For the sake of my curiosity as much as anything else, I'm always scanning the water and dipping a net into the edge to see what I might be able to copy. Midges are a given, but there are also stacks of water boatmen, shrimp and -not to be confused- hog lice like this chap: 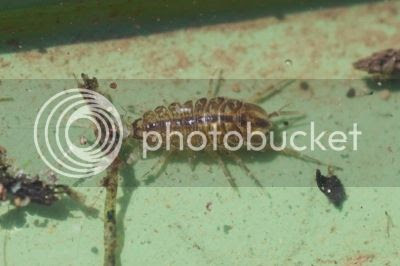 When it comes to the actual fishing though, provided you pick flies that look naturally edible and present them in the right way, you have a chance. Hare's Ears, Shrimps and dark spiders are all useful staples that will catch various coarse fish.
The other conspicuous customers on the last session were the carp, but these can be harder to tempt. I blew it with a couple of nice fish that I got too close to, but also elicited a take from a solid looking mirror carp. Had I delayed the strike, rather than lifting too early, I might have had much bigger end to the session. 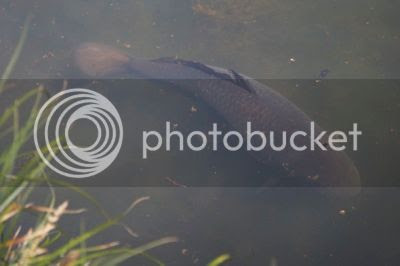 In other news, I’ve also been mixing a bit of work with pleasure down on the edge of Cornwall. My day job is copywriting, but I also like to make the most of my photography skills to go with my words. The Jamaica Inn is one of those really quirky, genuinely different and historic places that I’ve been helping to promote. This particular photo shoot involved Murphy; not an Irishman, but a beautiful black and white-masked horse. Suitably gothic looking for one of the most haunted places in Cornwall. 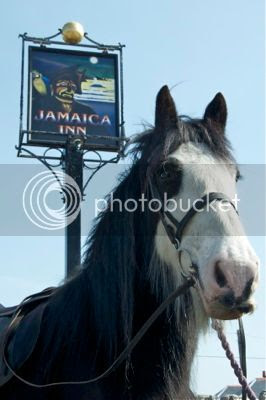 You can read all about an interesting session on Colliford Lake on the new Turrall Flies blog, which also comes with a chance to win a selection of my favourite flies for the venue. All you have to do is follow us on Facebook or Twitter and share the post. 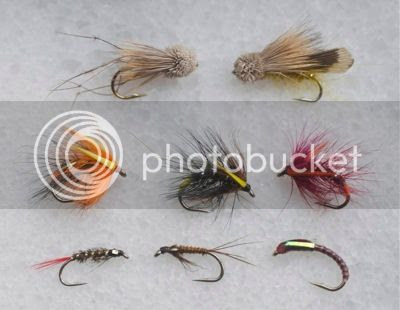 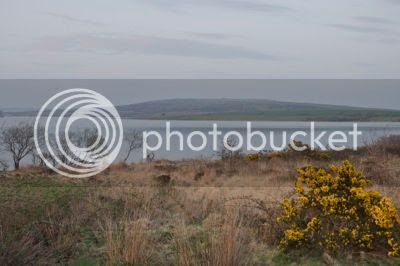 From Severn to Devon 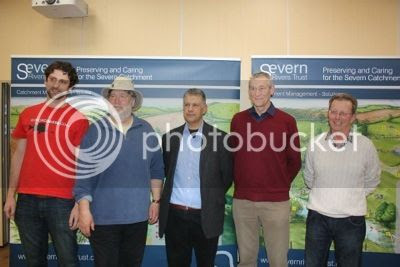 In the fishing world, you don't always get what you bargained for. It was my great pleasure to speak at the recent Fish the Magnificent Severn Conference, alongside Des Taylor, Dilip Sarkar, Tony Bostock and John Costello. But what I didn't expect was such a huge turnout of over two hundred! Merlin Unwin also joined me and it was an uplifting experience meeting so many passionate river anglers.
The talks were all so different. Des Taylor is always frank, robust and very funny- I don't think any fishing speaker has ever made me laugh so much. John and Dilip spoke passionately about River Severn specimen fishing, while Tony gave us an inspiring look at the work of the Severn Rivers Trust, an organisation that does a huge amount of good which I'd recommend all West Midlands anglers to join. 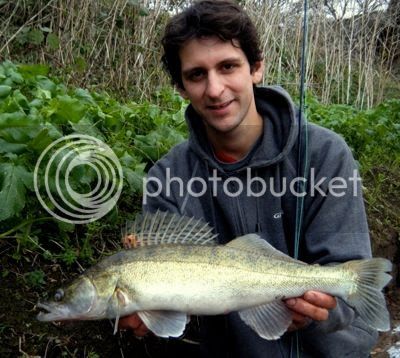 As for me, I gave something of a whistlestop tour of UK canal fishing and fly fishing endeavours for coarse fish. It bought a lot of the journey back for me and just how much has happened in the last three or four years: of course, the Severn was a vital part of the journey made by the fresher faced, less hairy looking Dom Garnett who fished it for zander in the making of my first book. Three years on, numbers are growing and, I hope, realising that fly fishing is not only thrilling stuff but no more specialised or alien than lure fishing.

I've been so synonymous with the whole "Fly for Coarse" movement, it sometimes feels like trout are an "alternative" quarry for me. Silly, because I do also love them and part of the battle is the same: to convince anglers that fly fishing can be simple, cheap and hugely enjoyable. It's true there's some free, urban fishing in Devon, but at prices starting at a very meagre five quid, you can also fish some extremely pretty, wild rivers with the Westcountry Angling Passport scheme. I picked up some tokens from my pal Ian at Cullompton Carp and Coarse, who now sell tickets and are very easily reached (just off J28 of the M5, and near to some ace trout fishing on the River Culm).
On this occasion though, I headed for an afternoon on Beat 15, a cute tributary of the River Torridge: 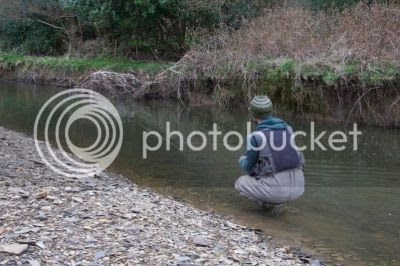 The river was a little up on this occasion. In spite of air temperatures never exceeding 9C and a bit of drizzle though, I did spot the odd hatching upwinged insect. In fact, the only fish I hooked on a nymph was an early salmon parr- both of my trout came to small emergers. Lovely sport on a short 4 weight rod and I missed a few more too: 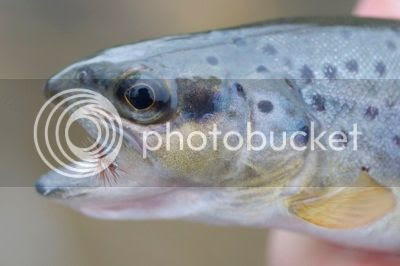 While it's not exactly vital, I also like to have a quick bug hunt when I'm on the stream and I had an enjoyable half hour turning stones and playing with the macro lens. Not so many caddis larvae showed up, but there were loads of dark coloured agile darters and also a healthy head of heptagenids or "stone clingers" like the little chap below. A little beauty- if you like that sort of thing: 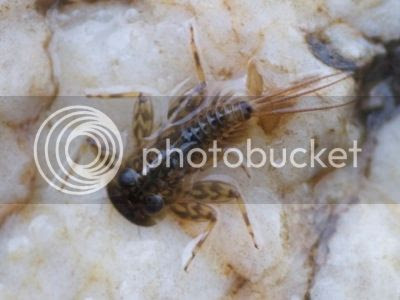 For any budding photographers or those who simply like angling pictures, do check out my current galleries on Pinterest and click follow!
It's all part of my current involvement with Turrall, who I will be working closely with in the coming weeks and months. Lots of cool things happening, including regular news, tips and free content- so do keep an eye on Twitter (@TurrallFlies) and give a peek and a like to the brand new Facebook page. There'll be a blog with some interesting angles on fly fishing too; the first instalment is already out and gives you some thoughts and tips on UV flies and fly tying materials. Read it HERE.
As a final bit of news, there are still also a few places left for my Easter Fishing Class at West Pitt Farm. This was a great event last time, and while Thursday is now fully booked, I still have some slots for Weds if you're quick: 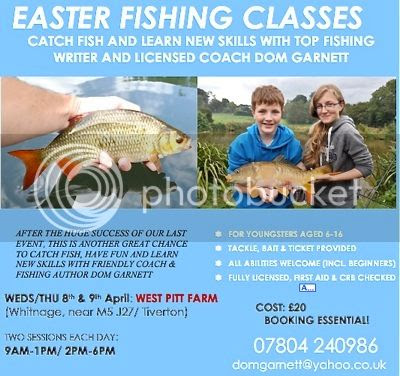 In the meantime, have a great extended weekend. Don't drink too much and make sure you go fishing!
Posted by Dominic at 01:28 No comments: