Anglers of the World Unite!

Why is it that anglers seperate in factions at every given oppurtunity? Lately I've been fishing lures, bait and flies, in rivers, lakes, canals... hell, just about anywhere there are fish. Why is it that when you establish that someone is an angler the next question is always "what type?" It's silly- I am just an angler. I don't see one branch better than any other essentially. Sure, I tend to favour certain methods at certain times, fly especially at the moment- but purely because I enjoy it. I'm the sort of idiot who goes to the tackle shop for a pint of maggots and comes out with a new fly vise, two new lures, half a dozen carp leads and some frozen mackerel.
Anyway, today I am going to join the Angling Trust. I'm sure there are plenty of us who think it's a brilliant idea- but I for one am going to stop procrastinating and join up. Fishing is a very private sport in a sense, but it is certainly a shame that we don't pull together more. For such a popular pastime, I find it staggering how fragmented we are- and yet all of us want the same things- healthy fish stocks, a thriving natural environment and enough teeth to see off those who threaten the above.
Posted by Dominic at 05:00 No comments:

Heading for the cut 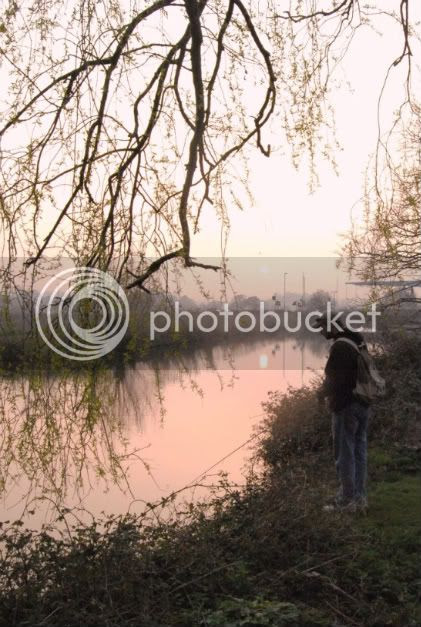 Ah, spring. The joy of having a canal nearby is that when those magic words "work cancelled" come up, you can be there in half an hour. Sometimes the sessions you plan way ahead are a bit of an anti climax, and I love these oppurtunist little bashes- a case of lobbing a fly or spinning rod in the car, a few essentials and run for it, before the risk of doing something useful crops up!

The fly rod has been as good a method as any to get amongst some jack pike on Exeter Canal- as well as a much bigger, eight to ten pound sample which followed repeatedly but just wouldn't take. Everything looks absolutely beautiful right now- blossom in the trees, blue skies and everything waking up. Perfect for taking some shots for an article featuring local pike anglers Mark Wills and Jim Moore from Exeter Angling Centre- the above pic of Jim was taken just as the light started to go, whilst this acion shot of Mark was taken on an early start, this time on Tiverton Canal: 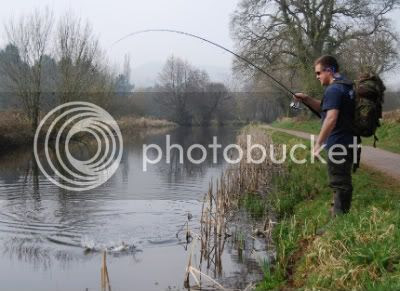 Also spied this week have been some canal carp- one hulking great mirror and smaller commons. Oh, and the world's tiniest pike. I know that I've had some less than titanic fish this season, but this is ridiculous! :-) 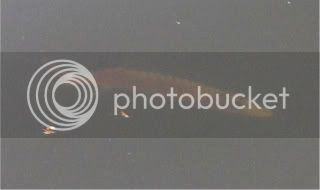 It's happening again. A couple of days of not-entirely-shit british weather and the promise of spring bites like a sweet withdrawl. The signs are clear: an inability to focus on the everyday; nearly crashing every time you cross a bridge; the frantic tying of fly patterns old and new, from practical favourites that will catch dozens, to those more like catwalk models- less useful but beautiful to look at. As well as river favourites I intend to start out with a full quota of stillwater samples, from slim, sexy buzzers to shaggy, loch style beasts: 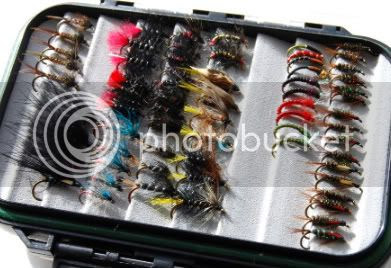 The water is pulling at me. Even at work, joining a youngster for a football match, the small stream at the bottom of the playing fields held a strange magnetism. And then I spotted it- a dark olive fluttering over the water, then another. Sadly the periodic splash of a football punching the water put paid to any rising trout. Still, not long now...
Posted by Dominic at 07:59 No comments:

Fishing in the Thaw

Why is it that we get so complacent about our local fishing sometimes? I've been trying hard to net a really decent pike for the last few sessions, with some pretty underwhelming results if I'm honest. The problem with the whole exercise however, and indeed the mentality of thousands of anglers, is that we quickly become obsessed with size. I would be a hypocrite if I said I didn't try to target specimens at times in the season- but I do find it a little joyless at times.
Chew Valley finally happened- a beautiful place and a few jacks, if no leviathans on the day. Equally, my home patch on Exeter Canal has been tricky- again, some smaller fish, but nothing substantial in the trusted areas. In fact it has been a relief to get back on the fly rod again, to forget about the statistics for a bit and get back to pure sport: the shot below, taken by Paul Hamilton last spring, sums up exactly what I mean: 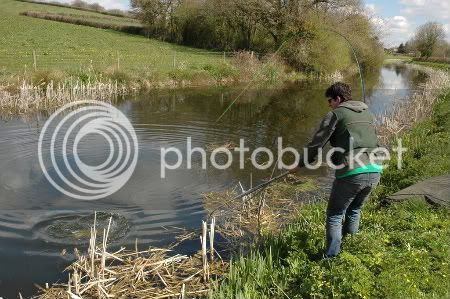 Thankfully, clear water and milder days have been great for the odd short session- last visit saw three pike taken in aquarium clear water on the Grand Western Canal, Tiverton. For some reason, a black pattern seems to be just the job in these conditions, when the pike are visible but not always ultra aggressive. The best pike that showed interest, around seven pounds at a guestimate, managed to inhale and blow out the fly without getting hooked- but this is all part of the fun I guess. Lobbing out dead fish and waiting just doesn't compare, frankly.
Posted by Dominic at 11:37 No comments: