A long stay in Lakeland

A blog by very definition is something of a quick, diary type format. So how exactly do you fit nearly a month in the land of a thousand lakes into a few paragraphs? The numbers are daunting enough: several thousand kilometres of travel. Around two dozen mosquito bites. Countless casts on a river and perhaps ten different lakes. A few big fish and lots of smaller fish. Bite a chuck fishing and dead tough fishing. 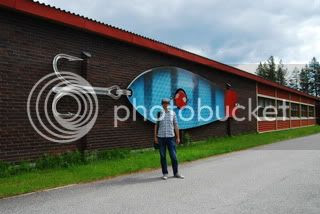 Perhaps I should start with perhaps the real highlight of a trip to Lapland to visit the legendary Kuusamo lure factory, in the town of the same name. It was a long haul across miles of road often empty aside from the odd reindeer. We were lucky enough to be hosted by current director Kimmo Korpua who was proud to give us the grand tour. How refreshing in this age of cheap far east labour and mass produced dross to see a company operating along different lines. We witnessed for ourselves how Kuusamo make the most of experienced staff to cut, polish and paint a terrific array of beautiful spoons such as that classic pike catcher, the "Professor". 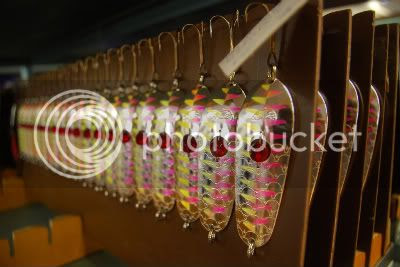 Next day saw us try out a selection of spoon designs both old and new in search of pike on a vast, clear water lake. Whilst it feels strange at times to be piking in June, the season starts very late in Lapland, where there was still ice a fortnight before our arrival. Our short session here was truly a lesson in the value of finding the right colour for the day. After a slow start of switching hues, a new orange spattered silver design proved absolutely deadly for pike lying up in shallow water. I was already having fun with some fit, lean, head shaking pike before a bigger sample grabbed hold. Terrific fun on fairly light gear- this one made some awesome runs before shooting straight under the boat before she hit the net. 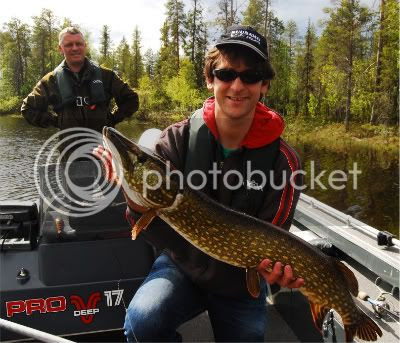 Talk about a new "confidence" lure! And anyone who thinks all spoons are alike should try a Kuusamo- attractive in steady motion, but I love to break up the retrieve and stop these spoons too. They wobble and flutter beautifully on the way down. Quite often the pike then smash the spoon before you continue reeling. A shame that we have only a limited selection of these spoons in the UK- although Andy Lush's shop The Friendly Fisherman is well worth a visit. A feature should provide more interesting details on Kuusamo in the not too distant future. The notes on the history of these lures and some of the processes involved should make for something juicy I hope. For an early taster, here's a step by step look at the colouring process:

Further south, I took to the waters in a float tube and had a blast with pike, perch and other lake fish. Arriving a little earlier this year, the waters were cooler. Not as comfy on the toes, but better prospects for pike. The key areas seem to be not simply shallows, but those shallow areas close to deeper holes, where pike can lie up in cool water before raiding the margins when hunger strikes.
One rocky island on the Maavesi, a giant lake, provided a real hotspot, albeit requiring a mile of paddling to reach. Whilst I've enjoyed the UK season this was something out of this world. My best fish took in the evening, careering around boulder strewn water with incredible power. It was the kind of fight where, even with strong braid, I feared I may be smashed up. Luckily I had some idea of the worst snags from a previous visit and eventually I got her in. No need for nets or other gear on the tube- scales and a sling would also be excess baggage, not to mention more stress on the fish and so I tend to measure the big ones. This one was 105cm, around 18lbs at a guestimate and yet took a fairly small spoon- a 3" Rasanen. The figures seem a bit of an irrelevance to an absolutely white knuckle fishing experience! 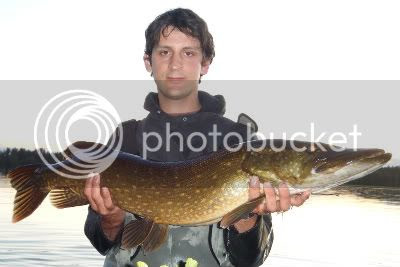 With a distinct lack of cars, people and houses, it really has been a bit of a hangover to return to the UK. Finland is simply more peaceful and unspoiled. Where in England can you fish a virtually untouched lake and not see another human being all day? Perhaps my favourite little Finnish lake is a mere eight acres, but deep. I had always fancied it to hold one or two nice fish and this year it provided a
strange encounter. 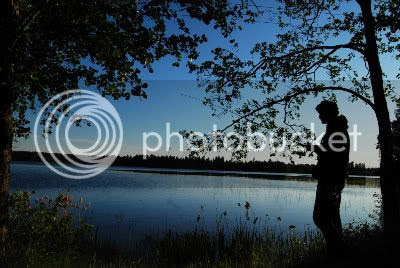 I had been getting good hits on surface lures when something bigger churned up the surface by a sunken tree. The fish then powered away from the branches along the margin- out of danger, or so I thought! More branches waited here and it became a stale mate. The fish then surged and I had that sick sensation of slack line- submerged nasties had sheared off my end tackle!
A few days later and I was tackling the same water with a fly rod, when I had the strange sight of a small, light coloured fish following my fly. Next moment the rod was hooped over with a big fish which then let go before I could strike. It quickly dawned on me- the following shape hadn't been a strange coloured roach but my lost lure, still attached to the pike! I just kept casting, praying for another chance. Five minutes later and there was a huge boil at the surface. To say the rod bent would be an understatement- it took a curve like a rod builder's nightmare. Was it the same fish? As soon as I saw the shape of the lost plug I resolved to get her in pronto- but the pike was in no mood to cooperate. When she headed for the open water of the middle I just let her run and paddled out. As soon as she was within arms reach I picked off the offending plug- before she surged off again. At least now I could enjoy the fight, since whether I lost her or not, the fish was now free.
As I got her in I was amazed such a modest if long fish of eight to ten pounds could run so hard. Bizarrely, the plug had been stuck in her shoulder. The fish's head was unmarked, suggesting that it had never been fairly hooked the first time. I think she had surged across the lure, missing but being nicked in the side as I tightened up. What a relief though! The feeling of leaving a fish hooked up was a horrible, lingering one and I was overjoyed to set the pike free again, unhindered by my interference! 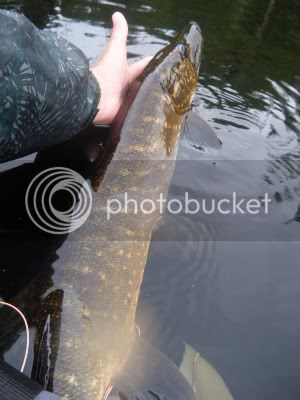 So many more stories could be related. I found a lake absolutely stuffed with perch and took a few for a fry up. I caught Ide on small jigs and spoons, and even a whitefish (pollan in English I think?). I also managed to catch a lovely two pound brown trout on some rapids- a feat I failed to manage on a two day trip last summer. A lucky trip overall then- although two previous stays of less success but some homework certainly didn't hurt. 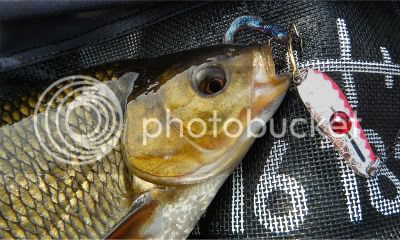 The only real failure was with the zander. Just one small fish in several attempts, despite promising areas found. Then again, there's always next year. Perhaps the only thing I won't miss about Finland is the mozzies. 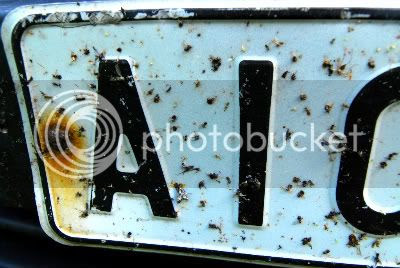 As for the most surreal experience, this has to be the sight of "The Silent People"- a weird collection of almost 1000 humanoid figures at the roadside on the way to Kuusamo. Really odd- turf for heads, random clothes and I'm not entirely sure what it all means. All the people society forgets? A black joke? Unexpected, a little eerie... but is it art? 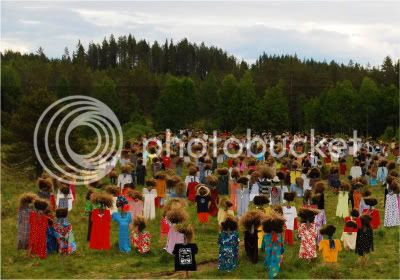