Fly Fish Off at Bellbrook 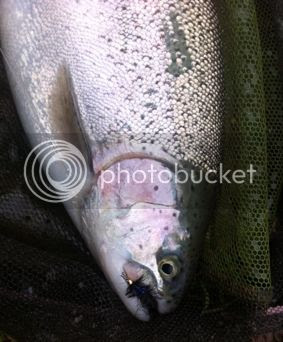 Competition might not be the reason I usually go fishing, but I must admit I've been enjoying some friendly contests recently. There's a definite excitement to these days out, whether it's the draw itself, or the fun of catching fish against the clock. I'd urge even the less competitive angler to try the odd match in fact. It definitely adds an extra something and far from being cut throat you invariably find a healthy camaraderie at these events.
The recent Tiverton Christmas match was a good day out as usual, although tough going. In fact the measly 420g of roach and a solitary skimmer I caught actually felt like a decent effort from a tricky peg. Hence I was hoping for better when I swapped the long pole for a fly rod at the Bellbrook Christmas Fish Off. Like the Tivvy match, this was well attended, with twenty anglers present. It's a pairs challenge in essence and I roped Ben, my older brother into the bargain to form a duo of Garnetts. At the start you draw a sequence of numbers and change pegs at 45 minute intervals. The aim is to catch a fish from each of the six lakes- or as many as you can. 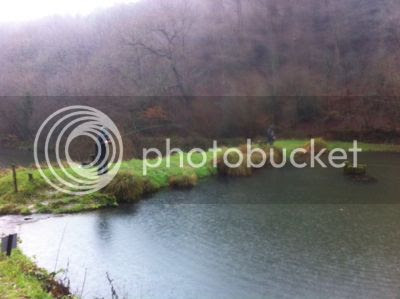 What a crazy start it was too. On Bodmin Lake, I had a bite second cast. Activity was rife in the first leg, but I managed to lose both the fish I hooked. Damn it! I wasn't the only jinxed angler though, as my neighbour and Ben did the same, hooking and losing fish to draw a blank in the first round.
Still, at least the flies were working. My all time Bellbrook favourite, a sinking rubber-legged daddy longlegs, got them going. Even so, it was well after the start of the second leg that I hooked my next fish, a three pounder that really slammed the rod over. Everything is that bit more exciting in a contest. You pray that bit harder that the fish won't come off. The relief is that bit stronger when it hits the net.
As it turned out, I never looked back after recovering from that iffy start. The fish did get trickier as the day went on- not surprising when you consider that twenty of us were thrashing the water all day. A black mini lure seemed to keep them coming for me. Perhaps I'd got my bad luck out of the way early, because on the final round I had just one bite but it led to a fish in the net, taking my total to five. As for the best of my bag, I had a real battle with a fish of dead on five pounds that needed careful playing not to smash the tippet. A silvery beauty too- and in a match even more of a morale booster: 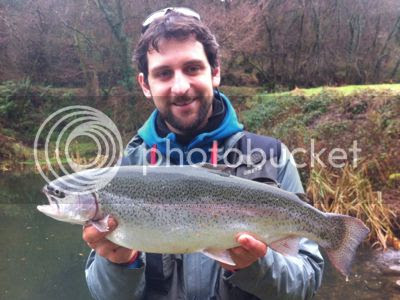 So how did we do? No angler took the full six fish, although three of us managed five. Ben took three which gave us a total of eight, enough for second place on the day and a bottle of port each, just behind the winning duo on nine fish. Above all though, it was straight up good fun. Friendly banter, good sportsmanship and a very civilised lunch, while fishery boss Chris even came round to dispense hot mince pies and mulled wine. How many matches does that happen?!!
In fact, things have been looking up all round. I even managed to avoid a blank for a change on Exeter Canal this week, with a smallish but exquisitely marked pike. 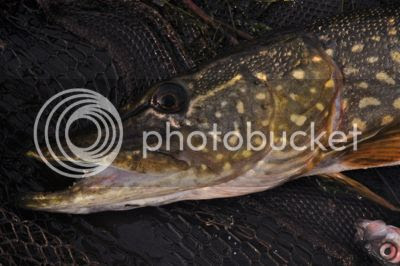 I'm also feeling mightily relieved to have completed my third book, "Canal Fishing: A Practical Guide", which is currently being designed by Merlin Unwin Books. It has been one of the most intensive slogs I've ever had as a writer but I'm really excited. Canals have always been close to my heart- and bloody hell do we have an amazing variety of cuts in this country. Here's a first look cover draft: 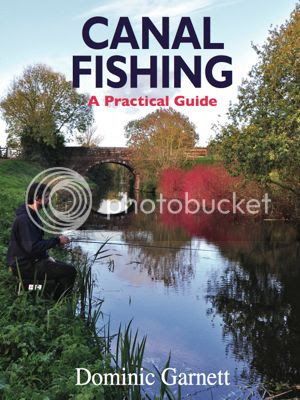 Trials and treats of a predator angler 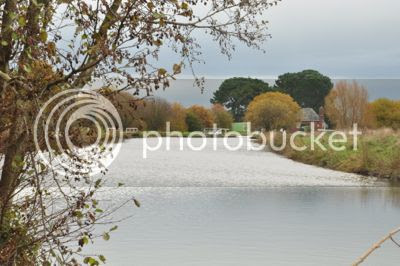 I've probably explained before about my love hate relationship with "the slag of all canals": Exeter Ship Canal. Do I blame conditions for my latest blanks, or simply the fact that the fish can and do move away from the places you caught them before? I'll get to the bottom of it at some point, but at the moment I get the feeling it could be later rather than sooner.

In fact the logic is rather skewed with this beast of a canal. You'd think that its deep waters would be ideal for consistent winter fishing. So why is it that the shallow canals of the west seem to produce many times more bites? It might be true that Exeter Canal has the bigger fish, but it also sees more pressure. And in my book roving about for some jacks is more fun than sitting on your (cold) arse for an interminable amount of time for one bite that might just be something big. 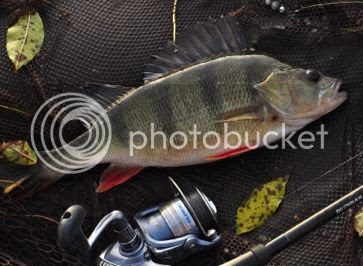 The other benefit of the Bridgwater to Taunton Canal and Levels are that perch are pretty common- and I shared a catch of several in a day trip with Russ Hilton. Bait fishing is perhaps the really selective way to fish, but I just love roving with the fly rod at the moment. You really cannot whack sight fishing. In the course of a long wander we spotted so many fish. I've been scaling down and using small fry patterns for variety of late: 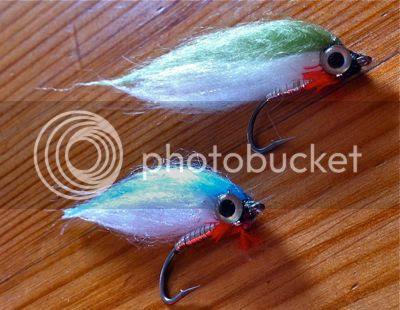 I caught several jacks as well as small perch on our last trip, and had I held my nerve would also have added a two pound chub that sucked fly in before I snatched at it, pulling the thing straight out of its gob. Put it down to excitement, but I really never learn. A lot of fun though, and a lot of fish even in the really flaky bits around Bridgwater. 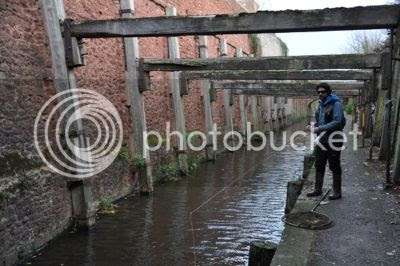 In one swim in particular I found no fewer than four tiny pike, all keeping an eye on the fly as well as each other. Another fish did something crazy- I watched this jack of about two pounds follow the fly to the near bank before changing its mind and lashing out at a nearby rudd instead! He only managed to grab it by the tail and so we watched for several minutes as the fish flapped while the pike refused to let go. Bizarre stuff- and all part of the joy of clear water and polarising glasses.
We did also locate one or two that required the net, not huge but very welcome: 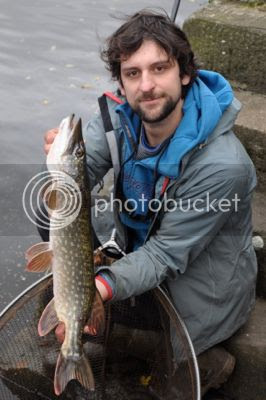 Certainly a lot more exciting than the next early morning stolen on the Exeter Canal at the back of Water Lane. I ended up using my scarf not as insulation, but as nose protection from the infernal stink of the nearby factory. What do they do in there? Boil a mixture of dog turds and dead horses? 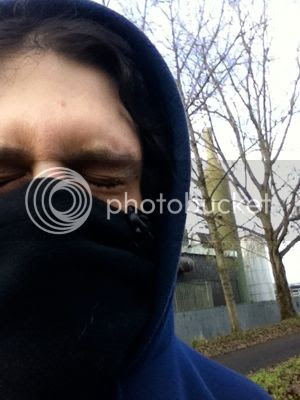 I will have my revenge at some point- but the only pike I saw on Sunday otherwise was the one below, a bit of a festive tradition at my folks house that my mother always insists on; in Switzerland these seasonal, sweet bready treats are made every year. Most volunteers make little people. Being a fishing idiot I compensated for my lack of real pike by making one out of dough, raisins and nuts. Desperate stuff eh? 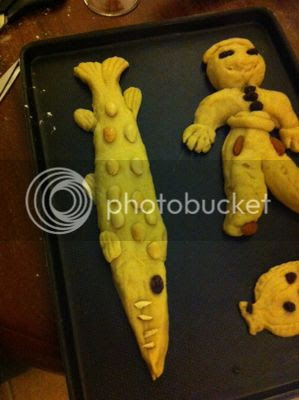