Trout and Pike Fishing in Norway 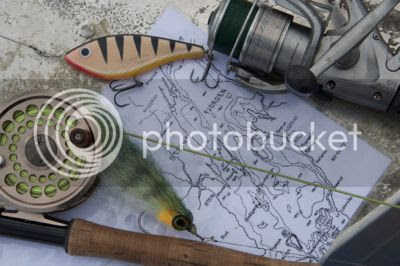 Of all the parts of Europe I’ve travelled to fish, Scandinavia always has a special pull. Followers of “Crooked Lines” or readers of “Tangles with Pike” will know about my adventures in Finland, lure and fly fishing. But this time it was Norway that drew me back, and the promise of some excellent predator fishing with my good friend Geir Sivertzen, aka "Dr Hook" because of his expertise working for Mustad. 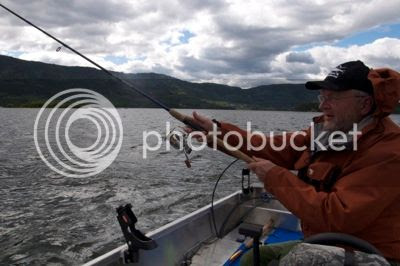 It was to be a trip in several parts, with boats, cars, big lakes and breathtaking scenery. First we stopped in Gjovik, on the banks of Lake Mjøsa: a monster of a place at over 110km long and very deep, trolling for big, predatory trout.

We had a brilliant welcome and beers at the fishing club in Gjovik, and it was like something out of a story book. You know the one, you probably read it in Tin Tin or something. The cabin by the lake. A crammed display of lures; a huge lake trout and a pike, mounted behind glass. And best of all, I kid you not, in the cabin next-door we met the ex-captain of the local paddle steamer, sat there playing cards and drinking scotch. 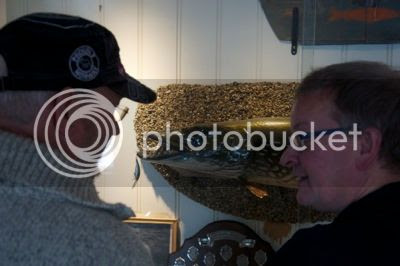 I was also in the great company of Dutch angler Pim Pos, and Welsh actor and keen fisherman Julian Lewis Jones. The local beer was great too (can you believe my luck, Nordic IPA) , and we had a fine time trading stories and jokes. Julian had us in stitches with his comedy accents, while the crazy little Dutchman managed to start about six different fishing debates all at the same time.

As for the fishing, it was atmospheric stuff, covering miles of water in the late evening and watching the sun never quite seem to set. Myself and Julian hopped on a boat with Kim Vegarde Sunde. An absorbing, if sometimes slow game, trolling for big trout. But we waiting and talked and learned more of the lake. 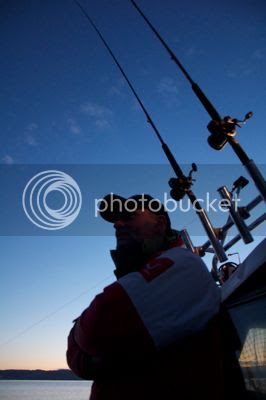 Mjøsa has some 22 species, including the usual coarse fish (roach, perch, bream, pike) but also rarities like burbot! There are also grayling, whitefish and several others, but the most numerous small fish must be the smelt. It is these fish that form huge swarms in the upper layers of the water and provide the main diet of the trout. Unsurprisingly, slim plugs of around four inches long work well here.

The night proved a test, but well into the early hours we did find our trout. Beautifully silver and deadly they were too. Ours barely raised an eye brow at between two and four pounds. 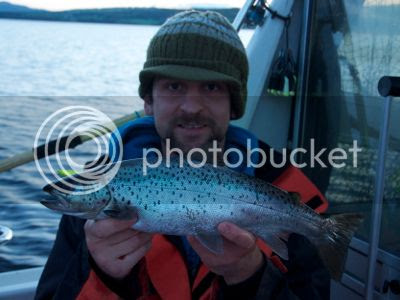 If anything though, we were rather unlucky with the unseasonably cold and wet weather on the first couple of days on our trip. But this did give us time to relax and take a look at some other random diversions, including the world's biggest fishing hook (outside the Mustad HQ) and even a cute little crucian carp pond that I tried with Julian: 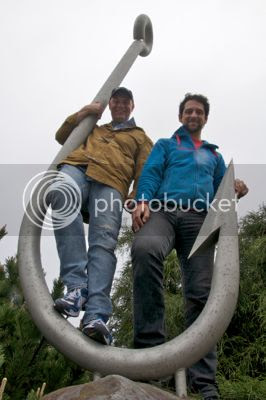 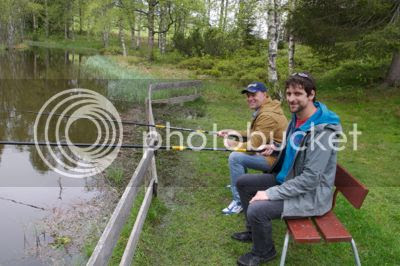 Our next adventures took us on a whistlestop tour of two other lakes, where pike were the target. We battled lashing winds, rain and minor disasters including a buggered up outboard motor for the next couple of days- but also some fantastically wild pike fishing. When you have such a huge amount of water and so few pike anglers, the potential is huge!

For the lowdown on tackling these lakes, you can read a more extended account in the Angling Times soon- but suffice to say they are both a challenge and pike anglers dream. Searching tactics worked, casting lures most often, although I also fished the fly.

We fished both Lake Steinsfjorden (lots of islands and numerous pike) plus Krøderen (deeper and more challenging, but the pike often average ten pounds and grow into the thirties!). Some of the lakes have shallow areas where you can cast and rove for smaller but more numerous pike, but often the secret of finding the quality is to look for the drop offs, where the depth plummets from a couple of metres, to much deeper. A fish finder is also a plus if you can get hold of one. 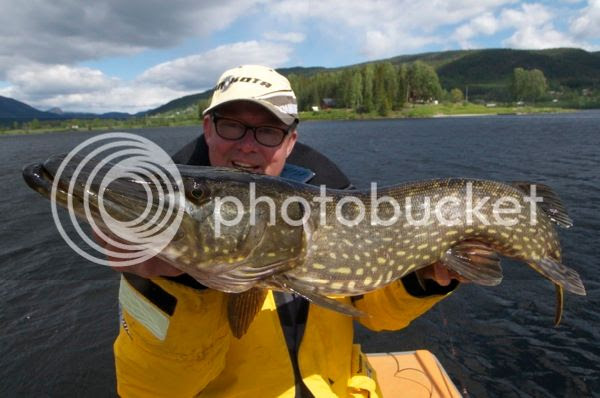 We saved the best right till last as it happened our trip, with this lovely long pike on the final day: 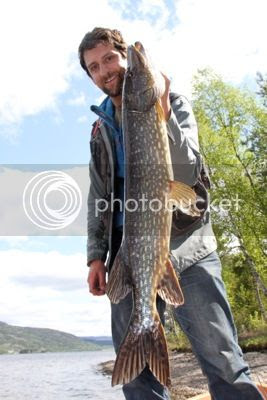 It was a fantastic, testing, unpredictable trip, and we also learned many other lessons:

-The national food of Norway is not herrings but hotdogs
-Norway's best beer is called Aass
-Never trust an outboard motor.
-Never trust a Dutchman with a Norwegian TV presenter I should also give a kind mention and a link to the good folks who put us up (and put up with us!) for our stay- because the hospitality of Norway is legendary. 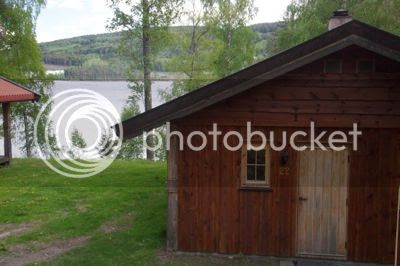 The country might have a reputation for being a little expensive, but it needn’t be. For a family or small group, there are some superb self-catering lets and in both the following places boat hire is readily available too. You can also readily get to most locations by bus in Norway, right from Oslo Airport:


Utvika Camping and Lodges: Just 40 minutes from Oslo by car or bus, this lakeside campsite has both tents and cosy self-catering lets. They have boats to hire and the nearby Lake Steinsfjorden (a part of Tyrifjorden, right by the campsite) has a great head of pike, perch, trout and other species. www.utvika.no

Other useful resources for a real wealth of fishing are available at www.visitnorway.com and en.gjovik.com