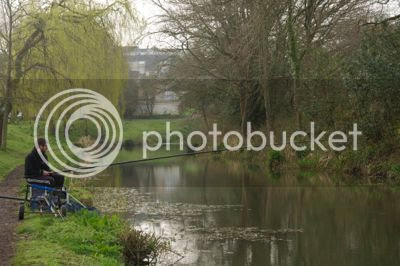 No matter how much or how far I travel in my fishing, there's something incredibly endearing about smaller adventures closer to home. I shudder to think how many interesting (and usually cheap) waters there must be in my own surrounding area, let alone the country.
The Ilminster Canal is a particular oddity I've wanted to try for a while. It was my right hand man on the forthcoming Canal Fishing book, Russ Hilton, who tipped me off about the place- and joined me for a cast yesterday. Remarkable for it's tiny size, the history alone is curious: a colossal failure in commercial terms, the Chard Canal was a case of poor timing and bad investment. It was meant to stretch for many miles, but after severe decline, the two hundred yards or so of water known as the Ilminster Canal which you can see today are all that remain. 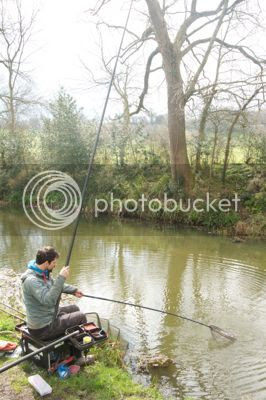 Not that this is so unusual. There are various little isolated remnants of canal dotted around Britain- many of which feature in the new book. For the angler, a these little dead ends also have advantages: with no boat traffic and effectively no joining waters for fish to go missing, fishing clubs can and do have some real fun with fish stocks. The Ilminster is no exception, holding carp, goldfish, tench and even chub. It was the roach and perch we were after on a morning session however. 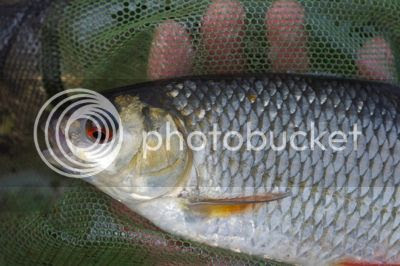 It was a cold day in the end. The bigger fish weren't active, although I started to make up a tidy little net of roach on maggots. Russ comfortably must have doubled this on bread however, catching plenty in just a few short hours. Actually, it's always interesting comparing notes with a pal on an unfamiliar water. In hindsight, I rather went for broke trying to catch some different species- but just couldn't find many bonus fish, even trying chopped worm or corn. Even so, this handsome perch gave me an epic tussle on delicate tackle intended for roach: 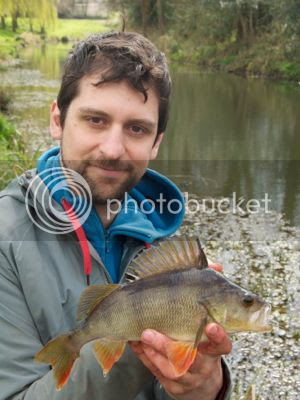 Other highlights included the rather friendly park cat, Sam. A bit of an attention seeker this one, he's so popular with the locals I reckon the old devil probably eats about five dinners each day: 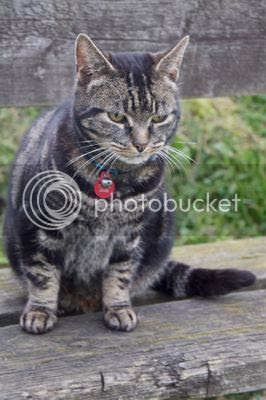 Considering it was bitterly cold at times -and we also had a dose of thick hail- this was a really enjoyable little session. But for the sake of variety we also hit Dillington Pond in the afternoon: 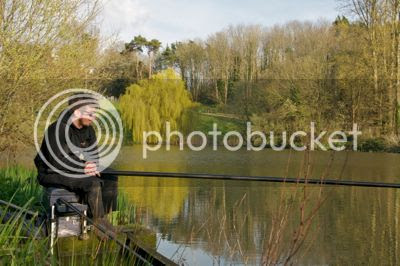 This is another good looking venue with a genuine surprise element. Russ set up lighter tackle and tried tares for the roach and rudd while I went rather less classical, using a stepped up pole rig to tackle the snags with large baits including worms and prawns in the hope of a bonus.

Nor did it take long to arrive! My rig would give Bob Nudd nightmares: a large dibber float, five pound line straight through and a forged size six hook. Going for broke with a whole king prawn, I hooked something strong that needed wrestling from cover in no uncertain terms. Imagine my surprise when a three pound plus chub surfaced! 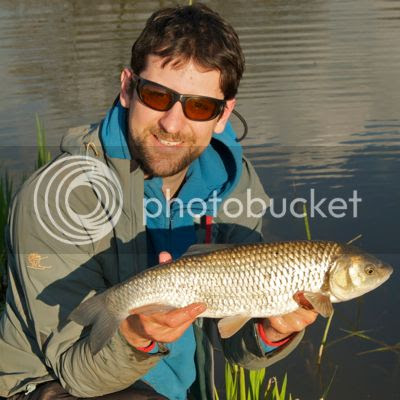 Otherwise the fish were in slightly iffy mood. Nor can you blame them- the perch, in particular can't be too far off spawning, although I had a couple around the pound mark for good measure, while soaking in the slightly regal surroundings. The stately home here looks so old time, you half expect the Adams Family to emerge from the front door as the light goes: 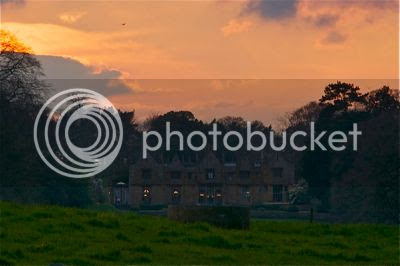 I do love spring. If the temperatures are still a bit fresh, so are the colours! And we still have the whole summer to waste in style. My friends will readily tell you, I'm not really a target-setting angler, and my main aim this year is simply to soak it all in and find some fun detours. Talking of which, you can read about "Britains Secret Canals" in my current Angling Times series, which features the Bude Canal this week.
Posted by Dominic at 07:41 1 comment:

A Change of Attack 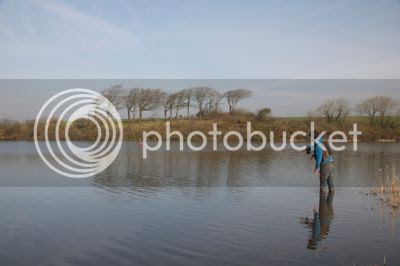 It's never a bad idea to have a plan B when it comes to a fishing trip. Especially a slightly speculative one, where you're not quite sure if conditions will be right. The original plan on my last outing was to target some large perch on Upper Tamar Lake in the company of Mr Garnett Senior. It probably had more to do with pure optimism than anything else. And we nearly didn't fish at all when on arrival one of the staff immediately decided to play the dreaded health and safety card: "people don't fly fish here, you can't do it" etc. Sadly you still get those at fisheries who are curiously anti-fly fishing. But after a long drive I wasn't about to give up. There were no rules stating this. Ironically enough we then asked to speak to his boss on the phone, who was a fly fisher himself and very keen on the idea of attracting more fly fishers to try for the coarse fish! Anyway, it was resolved- and out came the perch flies. And no member of the public died of shock or was impaled by a wayward cast (although we were in Cornwall, and the excitement might have been welcome). 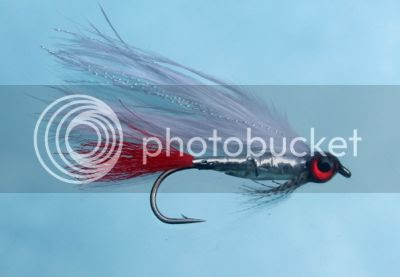 It turned out to be a beautiful morning, but probably too early still for perch. The water was still chilly and there were very few signs of life close to the bank: the only guy getting bites on the lake was casting a good sixty yards. Even so, we tried a few places and options for a good four hours. Sunk lines and lures seemed the obvious way to tackle big depths, but I also tried a booby where snags threatened to catch our lures. It was pretty dead sadly- and the only perch I spotted was one of about four inches nibbling the tail of the fly at the end of a retrieve. A case of right place but wrong time? I think probably yes; a big volume of water needs time to warm up I guess, and bring the small fish and the perch who chase them into shallower water within double haul range. I would love to try boat fishing- but god knows what health and safety nightmare that could instigate. The universe might collapse. God forbid, someone might actually try something different or risk having some fun. There must be a rule about it somewhere. 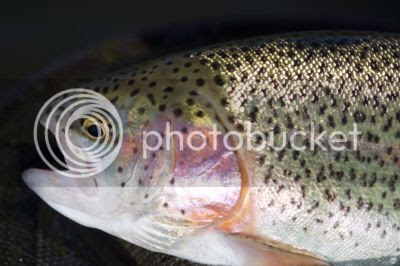 So, what to do with a very pleasant but perchless afternoon? Simpson Valley were very friendly when I gave them a bell- and a catch and release ticket got our vote. A great shout because the conditions were wonderful: proper spring weather but with just enough of a breeze to ruffle the water and present a buzzer to marauding trout, which we could already see taking something at the surface. 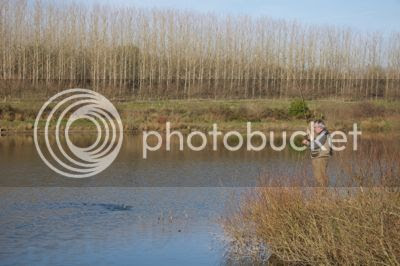 Amidst the strange t-shirt weather, we found the fish quickly. As is so often with buzzer fishing, if you find the fish and get the flies to the right depth it's easy. Light patterns seemed to work best, and the fact that bites tended to come quite early after casting suggested the fish were shallow. Lightly dressed buzzers and skinny wet flies worked best, the real standout being a red ribbed Daiwl Bach: 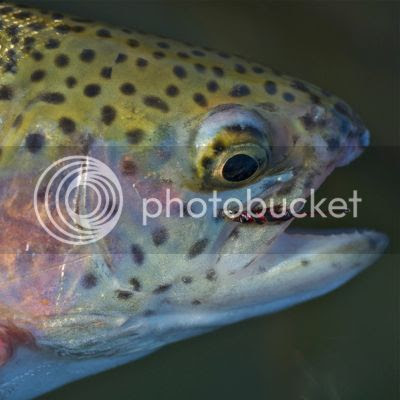 We finished with fifteen fish between us, averaging perhaps a pound but very fit. You do have to be a little careful with releasing rainbows, so none of them was taken onto dry land, but all unhooked in the net. Plain sailing you might say, although as the wind dropped and it got disarmingly warm the fish did go deeper and we found the flies needed to be sunk a little better to keep catching. All good fun in the end and a lot of willing takers- perhaps with the exception of this little customer sitting in the margin, who sat there motionless: 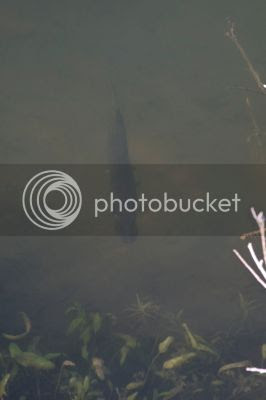 He wouldn't have managed a rainbow trout but might easily have fancied snacking on some of the mating toads we watched, clumsily paddling the margins. Isn't spring magic? 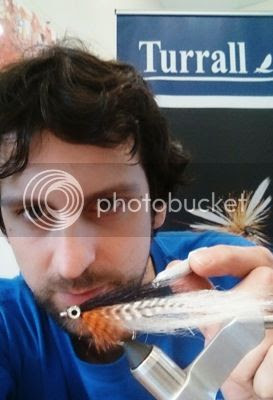 As the first signs of spring start to flirt with us, I've been busy gearing up for some hopefully better conditions with some new arrivals. Priority number one has been my site (www.dgfishing.co.uk) which has undergone a revamp thanks to Marc Hogan (hoganwebsolutions.co.uk), who comes highly recommended for any of you who, like me, are not the most technically minded. Do take a look! There are new things to order, but also some great free content including some more features from the archives. Perhaps the one that makes me smile the most to this day is "Gudgeon at Ten Paces" - a piece that the late Kev Green took on. Some editors would probably have ruled it out as a bit daft, but Kevin was of that scarcer type who can also laugh at fishing and embrace something quirky. 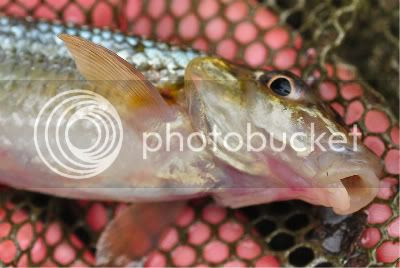 Also on the updated site are some more of my photos from the past couple of seasons. I don't think any keen angler ever regrets taking too many pictures- and recently I got a couple of favourites beautifully rendered as canvas prints from Canvas Design (www.canvasdesign.co.uk): 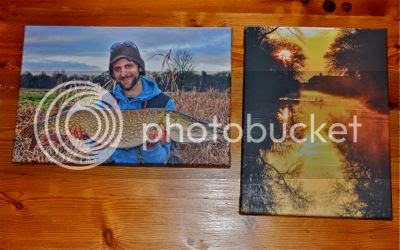 I'm quite blown away by the quality- and in fact looking at them sitting on my wall I'm wondering why I didn't do this earlier! I've also been in touch with Conrad at Canvas Design and they can also offer a discount for any anglers and photographers reading this- just use the code "fish15" for a very cool 15% off. Why not treat yourself?

Otherwise it's time to make some new memories soon by sorting out the horrible tangle that is the garage and filling some fly boxes with ammunition for the warmer months. The Southwest Fly Fair at Roadford lake was a great event to get the ball rolling, and I was proud to be on hand with Turrall to tie some of my predator flies that feature in their new range of "Flies For Coarse Fish". When you use flies time and again you get real confidence in them, but I did also like the set up displayed by our neighbours the Arundell Arms, who had a neat little "test tunnel" to show how your flies move in the water! Very cool- here's a pike special tied by Pete Wilkins, captured in motion: Also at the show were various other stands and personalities from the region- but it was a particular pleasure to meet wildlife and fishing artist Robin Armstrong. He has such a personal connection to nature and our rivers and it was a pleasure seeing him at work. In fact my only regret is that I didn't take along my copy of "Dartmoor River" to be signed, which is an absolutely beautifully illustrated angling book. 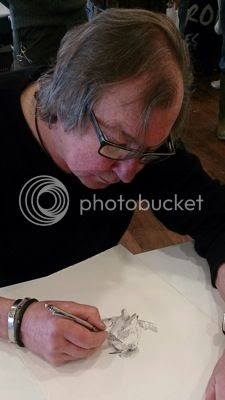 Spring is undoubtedly my favourite time of year in fact. Everything feels optimistic and no matter how poor the weather might prove in march or April, there's still the whole summer ahead. And while the rivers close shortly, I can't wait to get onto some still waters and canals in particular. This time of year can be brilliant for big perch in particular, but it's also not too long before a little sunshine will encourage fish like rudd and roach to come up for flies on still waters. Time to get tying- or indeed just grab some flies from my site, they're virtually all in stock now on my site. Ok, sales pitch over. Feel free to shoot me, but just make sure you go fishing and drink in the spring.

I'm going to do exactly that, while I also drink in this rather splendid bottle of Californian IPA, a gift from my globe-trotting girlfriend Paulina Mroczynska. What can I say? Perfect fisherman's booze. I'm one lucky bloke and you know my style: 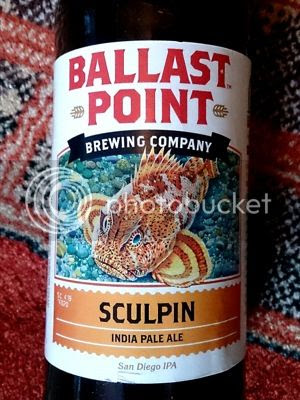