This month begins with a note or two of that quality quite often lacking from your finger pointing armchair angler: genuine optimism. First and foremost this is because great angling writing is about to get a much needed shot in the arm with the birth of "Fallon's Angler" later this month. 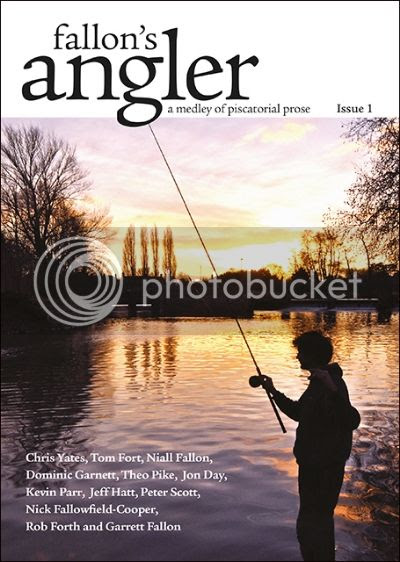 A fresh title that celebrates the best in original writing on the sport is long overdue, and with Chris Yates and Tom Fort heading the list of contributors it's wonderful to be part of the project. Why does it matter? Because in so much of the angling media only the technical, and often sponsored, writing seems to get a look in at present. I don't wish to rant here, but we need to support independent writing that is worthy of the sport's rich heritage (and yes, that actually means paying for it sometimes).

I live in hope though, as perhaps all anglers do at heart. Besides, it's difficult to feel dour when a little bonus summer time arrives and things seem to be improving. With recent commitments including a new part time job as a professional copywriter (sometimes I actually get paid to blog!), fishing time has been slightly limited. But there's always the prospect of sneaking off for some urban fly fishing while my girlfriend goes on her Saturday shift. 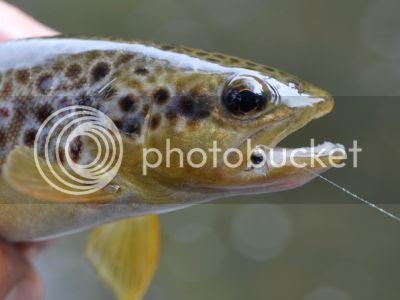 I've spoken before of the surprisingly awesome fishing town spots can produce and this time of year can be amongst the best, almost as if the fish know harder times are ahead. Weirdly, conditions were more like high summer for my latest jaunt: low, clear water and fish that seem like a piece of piss to catch if only you can avoid scaring them to death with your size fourteens (I'm not even joking about my feet). 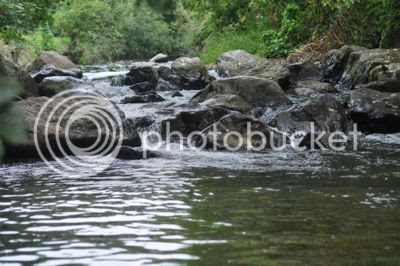 Small beaded nymphs worked a treat once I'd got the hang of really gentle wading and making longer casts with a fine leader, but the real surprise was the dry fly sport. In several spots I'd had a mere bite or two in the shallow water, before the rest disappeared. But the really meaty little weirs and areas of rushing water were another story, with faster and more broken water. With rise forms picking up in the early afternoon I couldn't resist whacking on a nice Balloon Caddis. Not an enormous pattern on this occasion, but a size 14 (hook, not foot size) got some phenomenally juicy takes around boulders and bottlenecks of faster water. The best was a foot long beastie whose whole head and shoulders came out on the take, before a little wrestling bout involving my petrified nerves, pacy water and some ugly rocks: 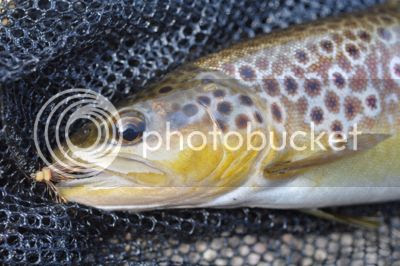 So, even with time limited, quite an action packed three or so hours were enjoyed. Otherwise, more good omens were sighted on a trip to the city of Bath with my significant other, where I went and visited… a bath. A great big Roman bath to be clear. We had a fascinating time examining ancient relics, coins and even Latin curses, while I hope the watery deities pictured will bring me some angling luck in the testing, colder months ahead. Pictured are watery Celtic Goddess "Sulis Minerva" and a mysterious Neptune-like "King of the Deep". Bloody hell I must be getting desperate: 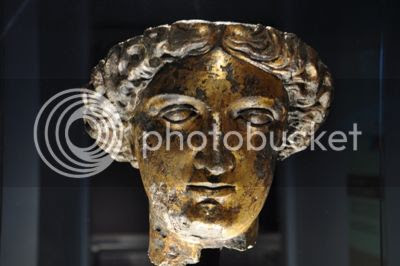 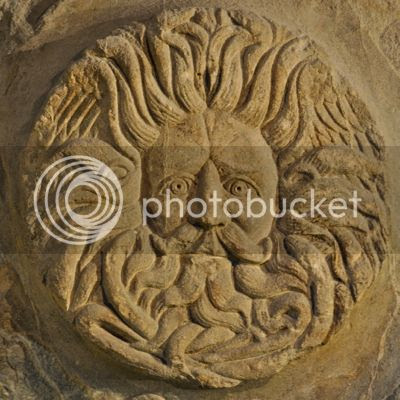 Despite the obligatory killjoy "No Fishing" signs, the Avon looked beautiful through the city, while I also found a rather dapper painting of a Georgian "Angling Party" at the Victoria Gallery to make my girlfriend yawn. Looking at their stylish attire and the fact that there's even an actual woman without facial hair fishing in the image, I can't help think that we've gone backwards these last 200 years. That's culture for you. 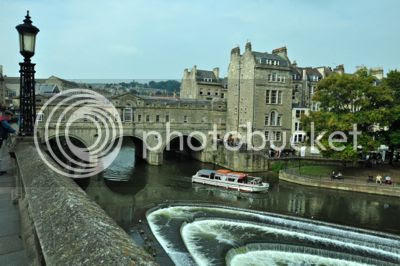 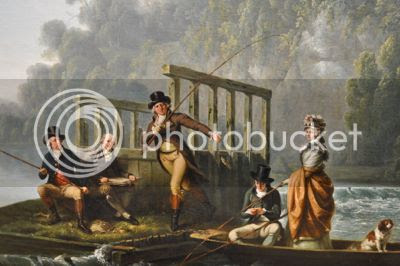