The last few weeks in September are a little bitter sweet, when time catches up with you and you realise that there are scarce days left to fly fish for trout. So ignoring the to do list, I snuck a rod in the car and hit an urban stream as I took my other half to work. The Sunday drivers had my fingers tapping the wheel, and it took a while to get there. It’s funny, because I rarely get stressed by traffic when driving to work, but when I’m fishing all the Sunday drivers seem to be on the road at once. Slow bastards. 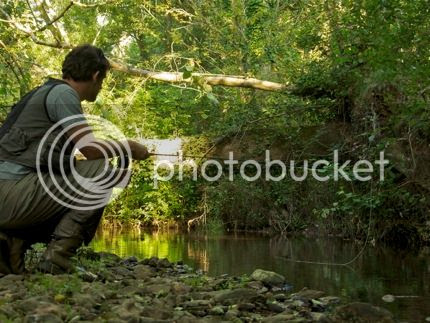 Still, the river looked lovely. With a warming sun, you could almost kid yourself it was still summer. But there wasn’t much hatching. Even so, I decided to be positive and start with a fairly big dry fly, a daddy long legs.

These small Devon streams are interesting places. The better pools get invaded by dogs on the more public areas, but by wading and scrambling to the tighter, less accessible bits you can access some nice water.

One thing past seasons have taught me on these small rivers is to never ignore the small “pockets” of water. A trout only needs inches of depth to make a little lair, or take up a feeding station. And where the water tumbles, they are bold. You don’t have to mess about with minuscule dry flies. You can use a hopper, sedge or in my case a daddy longlegs. 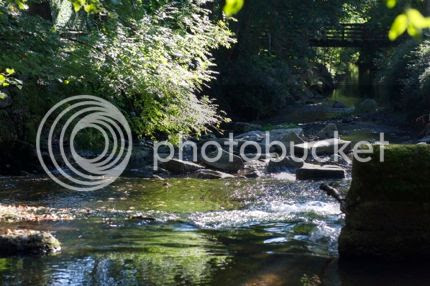 The fish were slow to respond at first, although I had a brutal take and lost a half decent fish that came from a pothole just a foot deep and smashed the fly. It never did come back.

Pragmatism won in the end, as I attached a little goldbead shrimp on a dropper attached directly to the dry fly. One slashed and missed on the next pool, before I connected with the next bite. It charged around frenetically on the light gear (an 8ft four weight is about all I use for these small, craggy streams). Could the season end on a big high? 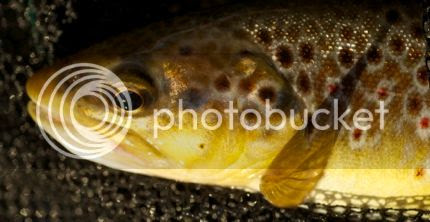 It fought bigger than its weight in the end, but a half pound trout is always a welcome fish on a small stream, and their bold markings never fail to impress. Every one is different, but few fish have better autumn colours than a wild brown trout.

I caught a few trees besides trout as I scrambled to further bends and pools. Without much flow in the glides, the fish seemed to have abandoned these areas for the sanctuary of broken water or the deeper pools. Even so, it was silly just how many times the smaller trout made a sudden attack on a large dry fly. Both daddies and an Elk Hair Caddis worked as the trout came on in the afternoon. Strangely enough, I only saw two or three natural rises all day- but all were quite splashy takes, beneath cover.


It’s hard to pack away when you know you won’t be back until the spring. But it’s also good to miss the river. You don’t want to rise every fish, or know exactly how big the one that you lost might have been.

Plus, there is always the predator season coming up. Perch excite me as much as pike at the moment, whether on fly or dropshot tackle. This is the reason I have been developing some special drop shot flies for Turrall . 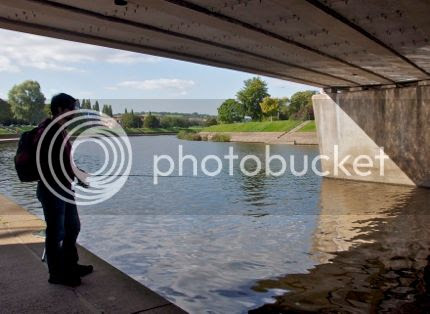 These patterns have been working with both presentations, on some urban, less than perfectly clear waters too, which bodes well. You can find more news on the Turall Flies Facebook page- and do look out for the new website for further news, blogs and more. 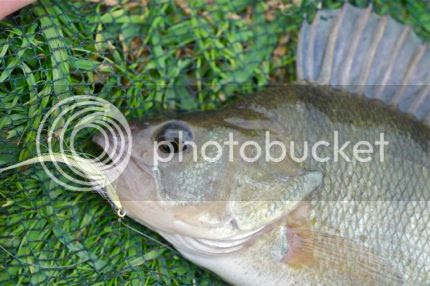