Autumn Fishing, from Stream to Sea 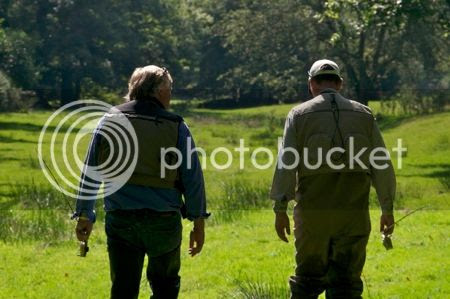 The cool of the late summer brings a certain added intensity to the keen fisherman. Time is running out on warm weather fishing- and you suddenly realise you haven't fitted in anything like as much fishing time as you'd hoped. I had been trying to drag Simon Jeffries from Turrall out fishing for some time, but with both of us being relentlessly busy it hadn't quite happened. But with word from Chris Ogborne that there'd be a chance for both trout on the River Camel, and afternoon bass fishing near Rock we could resist no longer. Stuff the office, we we were headed west. 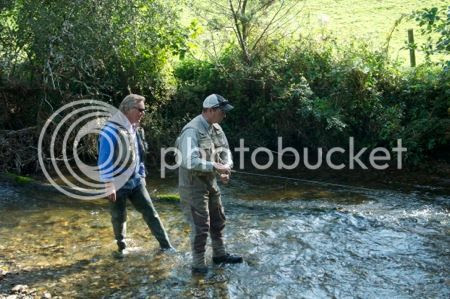 The Camel looked absolutely sparkling on our arrival, improved only by a drop of homemade sloe gin. Watching Chris work the stream was an education in itself, working nymphs downstream or side casting a little dry fly into tight corners. The downstream nymphing was especially interesting- hardly casting, but simply feeding line into the current and changing the rod position to work a weighted fly under the bank or into the flow. And while I'd hate to spoil the surprise just yet, we also tested several of Chris's set of barbless river flies, soon to be made by Turrall. The idea is a set of simple but effective flies that will catch just about anywhere. The barbless hooks should really appeal to catch and release anglers, while these new patterns also have the nice, sparse dressings so often lacking in commercially made flies (below are some of the dry flies and emergers). 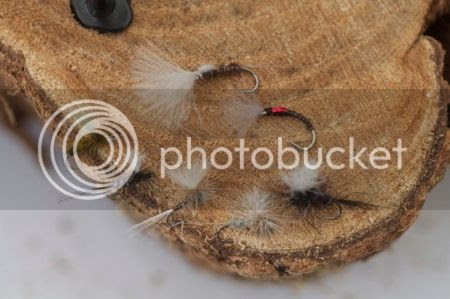 There were odd insects hatching by late morning and the hits and misses began in earnest, but it was a test to say the least. I also captured some nice autumn footage of this pretty Cornish trout stream in the process- watch this space for a short film.

After a quick lunch, we were all set for the very different challenge of the open coast. We had both fly and lure tackle, but with a brisk wind picking up, the latter looked the safer bet. We hopped aboard local boat Optimus Prime (yes, we loved the name too). 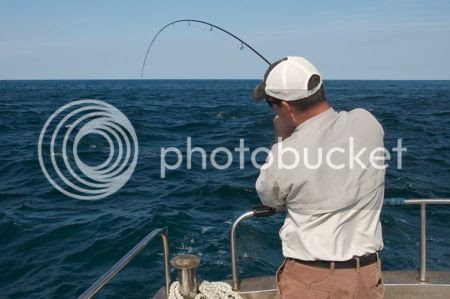 It was to be a thrilling afternoon, jumping between some epic looking rocky features, with crashing waves and the odd seal thrown in. Skipper Rodney Keatley made light of the wind as we threw soft lures on light gear. There was action throughout, but Simon had the first action, catching a cracking bass and a three pound ballan wrasse in the first hour. 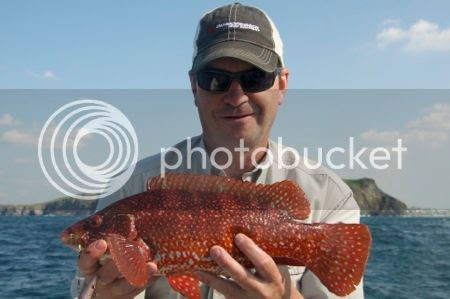 I don't do enough sea fishing, frankly. Feeling the hits, or seeing fish flashing after the lures in the clear waters off Rock was a magical experience. I caught two, releasing one but keeping the other. But it was Chris who really stole the show with a four pounder which kicked so hard I was convinced he had hooked a double. This is the joy of light tackle. 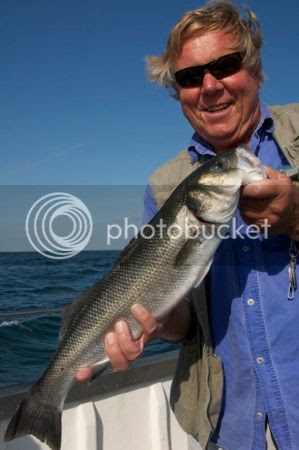 Perhaps the only slight drawback was that fly fishing was only possible for a short while- and while Chris tried valiantly in the wind, we only really scratched the surface with his beautifully tied saltwater flies. The potential is massive however, and not just for bass. Mackerel, garfish and pollack like this cracker are all catchable and don't half thump on a fly rod: 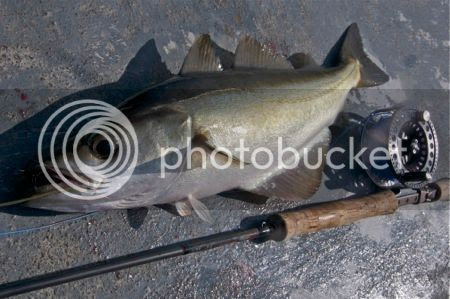 It was a long eventful day for the three of us, but a really enjoyable one- and I'm going to enjoy working more with Chris. For all the goings on at Turrall (our new website is now up and running, while you can also find news, flies and more on the Turrall Flies Facebook page). For anyone who fancies a spot of guided fly fishing in Cornwall, Chris can also be found at www.chris-ogborne.co.uk while you can book a day's boat fishing aboard Optimus Prime here: rockfishingtrips.co.uk

The other big (and until now slightly cagey) news is of my next book. It's now written: two dozen stories and plenty of fresh work, representing some of the wilder detours and more unlikely stories I've covered in my writing. There'll be everything from urban fly fishing, to wild carp and strange monsters from Central Park to Torquay harbour. The title will be "Crooked Lines", but this is new work, not scrapings from the rather rushed content that is my regular blog! The artwork from Sheffield illustrator Lord Bunn (whose usual work is anything from city signs to murals) is also looking really cool. Here's a preview of the cover: 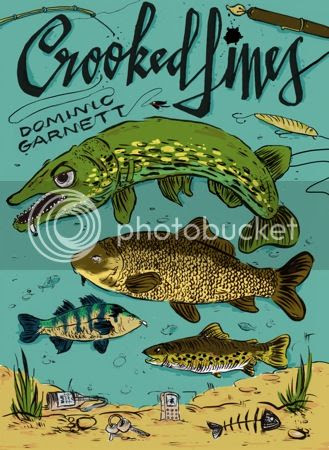