Rewards after the Rain Winter fishing can be a hit and miss affair in the changeable late season. But I'm glad to report that in spite of some fairly damp, difficult sessions, the fish at least came out to bite for my recent guided guests, Michael and Raphael Pryor.

I had endured a tough, biteless session on the Wye just before and one or two hard lessons. A rising, increasingly brown river beat me in the end. I found some great looking spots, trying both a large, classic slack and dropping baits close to cover in several flooded holes. But where were those pike? 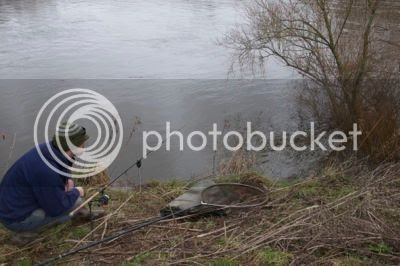 I'm still scratching my head over that one. An influx of cold water seemed to have put both predator and prey into hiding and I couldn't even get a bite on the worm. My only great consolation in the end was a pint of ale and an evening of live folk music with an old friend in the Black Swan, Much Dewchurch, one of Herefordshire's oldest pubs.


A relief, therefore, to make a weekend return to Somerset with Michael Pryor and his son Raphael (above), whose enthusiasm was undampened by a cool, breezy morning. We fished a cute stretch of canal where I knew there would be sheltered water even on a day when the Somerset Levels would be flooded. Even with a little additional colour in the depths, we found jacks willing to take a shot at a well aimed fly or lure. It's always nice to see old friends as a guide, and it was great to see Raph catch his first English pike at the grand old age of eight, while we also watched others follow or miss the lure. 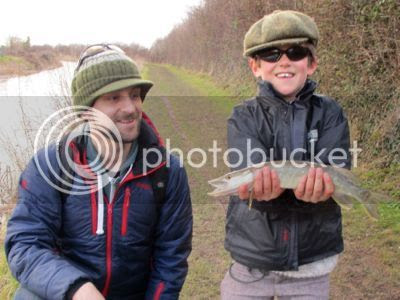 We had a great mobile session along the Bridgwater to Taunton Canal, where the pike seemed to really come alive when cloud cover moved in and a breeze rippled the water. On several occasions, we saw sudden disturbance at the surface and fish leaping clear. In spite of a troublesome side wind, Michael kept faith with the fly and after a couple of near misses was also off the mark. It took after he'd slowed down his retrieve a little and fished the fly a bit deeper.

It was to be an eventful little day in the end. Raph spotted a kingfisher, while none of us could miss the clumsy raft being paddled by a bride and hen party, that had a dodgy looking male appendage sticking out of the front! And people think anglers are peculiar. 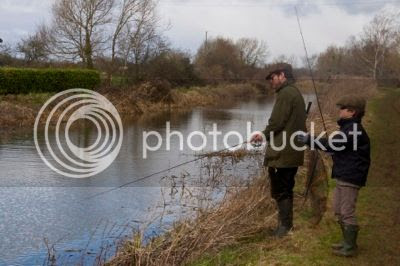 Shallow waters such as a classic narrowboat canals really are lifesavers for winter pike fishing. They remain sheltered when other waters flood. We also had a quick glance at the nearby River Tone, but it was hopelessy high and brown for lure or fly fishing. Hence it was back to the canal for a last try with some of my "emergency" sprats, to see if we could find a better fish or two. A wise move, because in the last hour, our duo rounded off a fun day's fishing with two better pike of around six and ten pounds respectively. 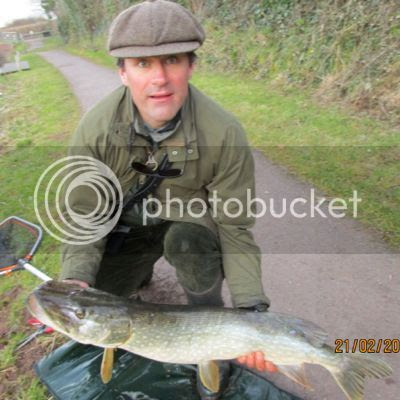 The other encouraging sign were several nice roach and rudd showing during sunny intervals, which will be catchable on the fly in a month or so with a bit of luck. Should you want to book a day's guided fly fishing for some late season pike, or indeed a day in search of roach, rudd or trout this spring, do drop me a line: www.dgfishing.co.uk Whether you want to catch a new species, discover some of the best places to fish in Somerset and Devon or just brush up your casting skills, I can provide an enjoyable day out.
Posted by Dominic at 12:21 No comments: 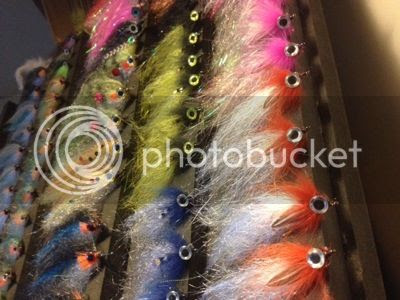 In a sport that can be as solitary as fishing, it's always great to reestablish that brilliant sense of shared enthusiasm that a big meet up brings. The BFFI (British Fly Fair International) is always one of the best of the whole lot. Every year I turn up with boxes, bags and displays but leave with things you cannot put a price on: fresh ideas, new plans and most importantly of all the chance to meet lots of old and new friends.

What was the biggest impression this year? Apart from a show as busy as it's been in a few seasons, I'm struck by a current crop of anglers who represent new blood and ideas. Uplifting stuff, because fly fishing needs it. I hope the golden oldies will forgive me for saying so, but it is vital. A couple of years back at the event I heard a telling conversation between two anglers in the gents at the show: "Decent turn out but let's be honest, it's a bit of a bloody SAGA day out again!" Not so long ago you could have described fly fishing a bit like Frank Zappa described jazz (i.e. "not dead, but it smells funny").

This year felt rather different however. We have thinkers and anglers catching some cracking fish and really making some waves; whether it is young blades like Lewis Hendry and Alex Jardine, or fly innovators like Glen Pointon, Markus Hoffman and Joe Ludkin I got a real sense of optimism. For any sport to be healthy you need youth as well as experience, and progress as well as tradition. 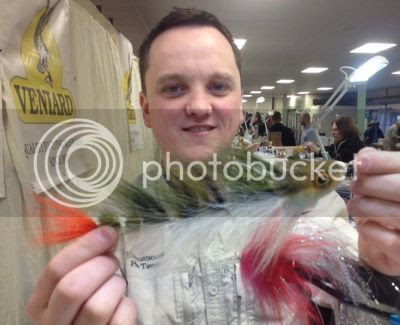 To take just one area, I think I saw more predator and saltwater flies at the event than at any previous occasion. Dougie Loughridge (above) is just one of a new breed going boldly beyond the obvious and traditional. This year I met anglers tackling zander on the canals, bass on the coast, with designs on barbel and all sorts of other targets. How bloody refreshing, is all I can say. I also have to say that in refreshing contrast to the specimen coarse scene, where too often it turns into a "who has the biggest balls/sponsorship deal/ fish" contest, this feels like a community of enthusiasts who are all about creativity rather than competition. Exciting times- but if you couldn't make it, do keep an eye on Glen Pointon's fishing podcast, which will include a cast of various fly fanatics from the show in the next instalment or two.

Even in the traditional world of dry and wet flies for trout and grayling, things are shifting. Just when you start to fear that the old cynics might be right that there is "nothing new in fishing", new ideas and materials emerge. Like cooks bored with the same old fare, fly tyers discover new ingredients. The BFFI is a celebration of this, which is why I always leave with a selection of new things to try. We've never had it so good in terms of materials. From jig hooks to an ever expanding range of UV materials and various heathen rubbers and synthetics, it's all out there. Like John Horsfall, who travelled up to the show with me and now has more spare capes than Batman, I left with a new goody bag with various additions, including some of the "Reel Wings" made by Joseph Ludkin.
Very lifelike, but also practical and designed to not bugger up your leader on the cast, I'm going to have some fun with these. 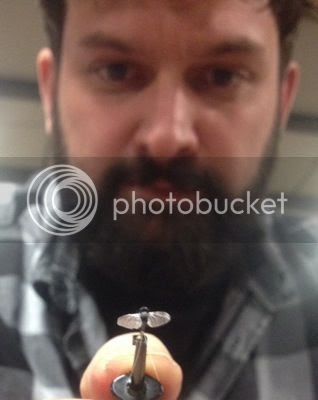 While I'm on the subject of new and innovative stuff though, one canny fly tyer who has an equal fascination with fishing history is Chris Sandford. I always like to pester him with questions and ponder his curiosities, one of which was this truly novel cased specimen stickleback: 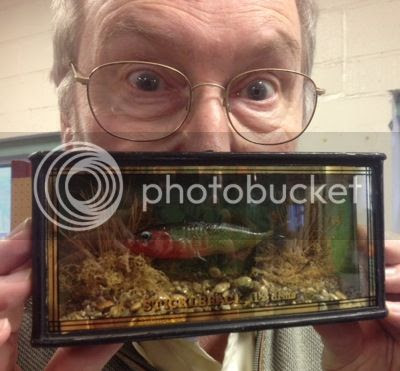 Perhaps this should serve as inspiration for this year's "Fly For Coarse" contest, where there will be a special mini species trophy (probably a really small but highly coveted one), with some top notch materials to tie the really tiny stuff from Turrall Flies. Watch this space for more details.

In fact, the only thing that wasn't awesome about the weekend was my sneaky morning pike and perch fishing on the Somerset Levels on the journey up. Expecting clear water following the recent freeze, I was instead met my really muddy, crappy looking water on a couple of the drains. Bizarre, but perhaps dredging efforts or opening gates scuppered that particular plan. 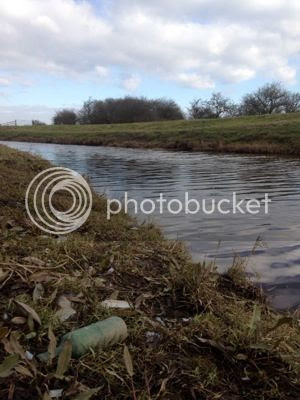 On a brighter note though, I'd also like to give a big shout to Fallon's Angler. Issue two is just out and a must for anyone who likes a great fishing story. Or several. There are tales from Ireland to Israel, with carp, crucians, trout, grayling and more making up another cracking issue of what continues to be the most exciting thing to hit the world of fishing writing for some time. The only thing not included is the pint of beer: 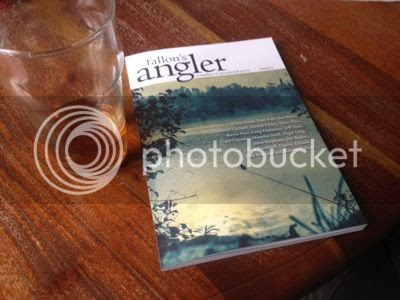