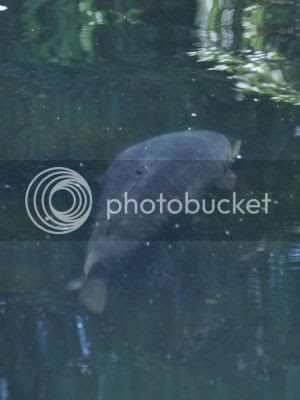 Oh dear. I'm looking at the blog and have just realised it has been ages. July has rapidly flown past and I'm going to have to cram a fair bit into this update. Brace yourselves!
One major step for me has been to join a syndicate this summer. This is something I've never done before in my life, but I found the draw of a quiet and very traditional looking lake quite irresistible. And as you can see above, part of the joy is just having access to somewhere private, enjoying nature, some fish spotting and maybe even catching the odd beastie without the hurly-burley of a day ticket fishery. Those who have done it themselves will realise it's not always cheap. But I figured it could be now or never: I thought if the offer came in five years time I might easily be lacking funds and wonder why I missed my chance before. 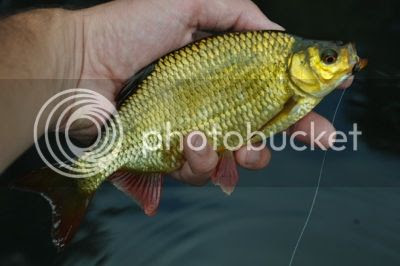 While most anglers will join syndicates for species like carp though, I've been just as interested in the rudd that an old, secretive lake might produce. I've had great sport so far and some of the fish have been as vividly coloured as any rudd I've ever landed. They're all worth catching as far as I'm concerned, but I would dearly love to catch a two-pounder on the fly from here. So far so enjoyable though- and with some good ones sighted I've been stepping up to large size 10-12 spiders. This one is the king so far, at around a pound and a half as you can tell from the size of the reel: 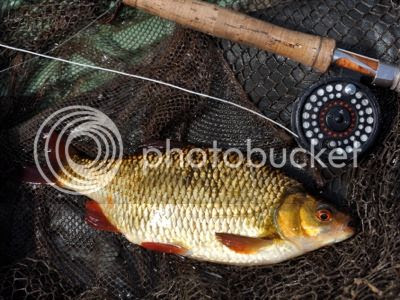 Just as agreeable as the fishing though, is the way that the handful of members are really civilised anglers who are refreshingly lacking in the tunnel vision that can afflict carp angling. Although they like to gently take the Mickey, they've also taken great pleasure in borrowing my fly rods to successfully catch rudd- which is great to see. Equally though, the learning process works the other way and I just love the crafty ideas carp heads get cooking with. It's going to be a lot of fun.

In fact, contrary to expectations, I've come much closer to banking carp on artificial flies than on bait so far. I've taken carp on things like bloodworms and floating snails previously, but I get the feeling these wily syndicate fish will be a challenge. They're certainly eating natural food though- so who knows? I came painfully close with a fish that looked every ounce of twenty pounds at close quarters, for example. After several refusals with a damsel, I watched a bigger fish turn and have a look. With the fly settling gently on the weed I held my breath- and watched as lips opened and sucked the lot in! A rod-wrenching battle ensued, but the fish got mired up in the weed. Try as I might I could't free it- and by the time I'd literally got in position to reach under the bank I'd lost her. Frustratingly, I literally had the net ready and even touched the beast's tail. So close to what would have been my best ever fly caught carp, and not a dog biscuit copy in sight! A nine weight outfit is the next logical step, with extra strong leaders- because fish of this size in this much weed take no prisoners. 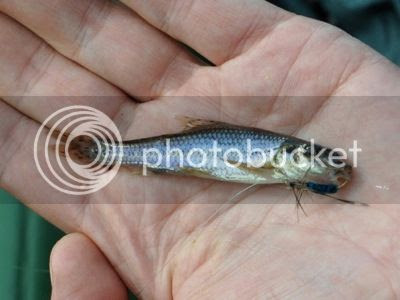 Crazily enough, my other notable capture has been a fly caught gudgeon (above), fluked on a carp pattern. Perhaps I should come clean: my phone had gone off (don't you hate that when you're fishing?) and the fly had sunk right to the bottom. As I picked up the rod and brought it in, the cheeky little thing attached itself, grabbing the fly fair and square in the lips! You really couldn't make it up.


Another little success has been getting my dad on the bank again, who might not thank me for telling you he's recently turned 70. He's very much the fair-weather fisherman. If it's a grey day, it can take serious arm-twisting. When it's sunny though, he doesnt need asking twice and so we hit the smaller of the two Creedy Lakes. Lovely it was too. I've commented before how many anglers can't look beyond weights- which explains why this weedier pool tends to be quiet while the main lake sees more rods than the Tackle and Guns Show. We had takes on both floating and bottom baits and it was exciting stuff- here's the old devil with a plump, dark gold common. The killer bait were cat biscuits sneakily nicked from my folk's old moggy: 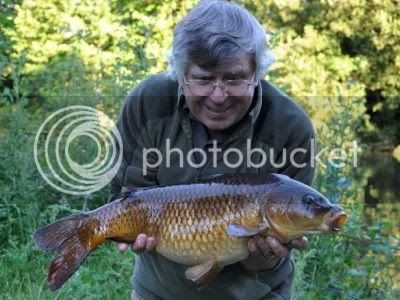 In actual fact, the typical residents here are much skinnier and longer though, almost resembling the wild carp you read about in old angling books. I did a little field testing with some late samples from the Bait Factory and these did the trick for some runs. I'm not one for using PVA products and multiple rods on such classic waters, opting for small boilies float fished (I know, revolutionary isn't it to avoid three ounces of lead). I find that by wrapping these and the hook itself in soft paste you can guarantee a clear hook point on the strike, the paste offering protection from debris and weed (if you're curious, keep an eye on the Bait Factory site for some techy points and tips shortly). 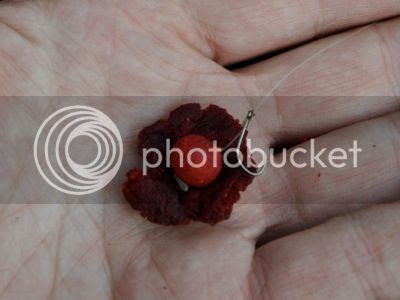 This pretty low double was my best, fighting ludicrously hard: 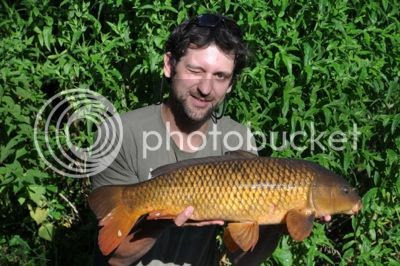 And actually, that will do for this instalment. I've missed some bits out (including some news on "Fly For Coarse" and some exciting summer events!), but will add another entry soon. It's meant to be a blog after all, not War and Bloody Peace.
Posted by Dominic at 14:59