Lucky Days in May 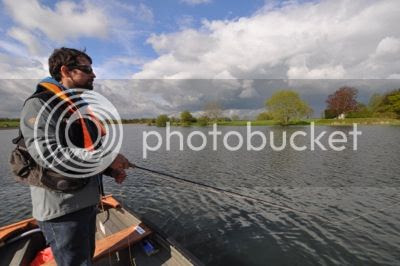 Fortune and form, just like so much in angling, tend to work in cycles. You have periods that test you, and others that repay your faith. This week has simply been one of those when lady luck has not so much smiled on me, but bought me free beer and pizza before slipping a tenner in my back pocket.
In the case of Chew Valley Lake however, I'm tempted to say "about bloody time." Not sure what it is about the place, but previous visits have been a case of so near but so far. One previous experience had stuck in my head above all others, of watching one of the biggest pike I'd ever hooked spit out the fly before the net could be sunk. The valley still probably echoes with my swear words.
I'm not mad keen on the pike trials here, much preferring to fish when it's quieter. You can take your time a bit more, and be a little more civilised for one thing. And as well as my significant other, Paulina, I was in excellent company this time. The Angling Trust's Paul Sharman was my fishing partner for the day, while we also compared notes with the esteemed pike fly fisher David Wolsoncroft-Dodds. 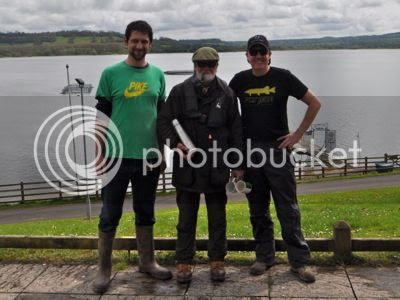 Look at the grinning faces in countless Chew pictures and you might assume the place is a dead cert for big pike. Look at the sheer size of the place and the amount of fishing pressure however, and the task is far more challenging.
One thing I've learned from previous visits is to be single-minded. Sure, you can take trout tackle as well as pike flies, but you can't single-mindedly do both. With trout rising for a thick hatch of buzzers on our visit, I'm glad I only took a pike fly set up, because they could have proved an almighty distraction. Instead, we stuck to the task in hand relentlessly with large flies and in my case a nine weight set up. Some of Paul's creations were truly monstrous: 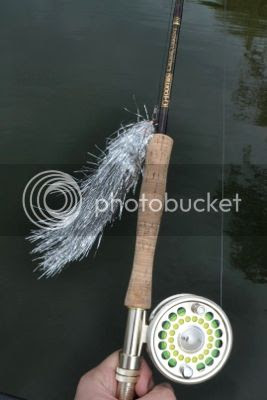 With sport tough, we fished really hard for just a handful of bites. It was Paul who had the greater number of takes and two scrappy fish in the net: 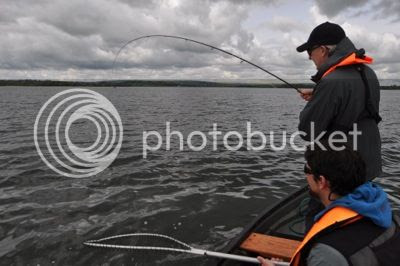 I, on the other hand, had just one moment of inspiration- but it was worth every drop of rain and fruitless cast endured. It had followed Paul's suggestion to move to a more distant area that proved critical. At the end of an umpteenth cast, I saw a large shape follow, which slammed my fly (a 3/0 Savage's Baitfish in roach colour) right at the last gasp in heart stopping fashion! It was a terrific fight, with fly line disappearing rapidly at first, before she gave several outrageous wallowing runs close to the net. 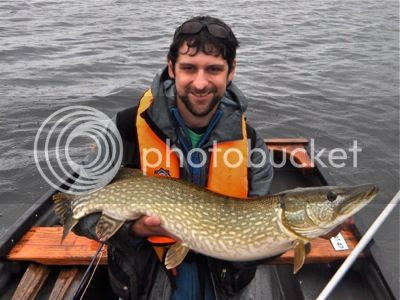 At 21 pounds 9oz, this was a fish to repay my faith- and banish my Chew jinx - all in the space of five or so nerve shredding minutes of action. In fact I was still grinning when the sun finally replaced the drizzle two hours later. We spent a fine afternoon drifting the lake and chewing the fat, the three of us enjoying some warmth and talk of travel and fishing. 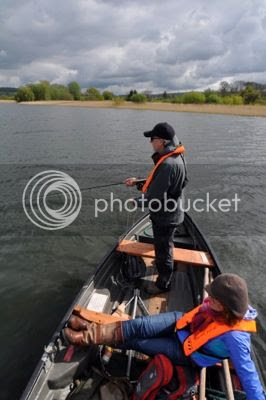 As delighted as I was with my pike though, a mild start to May seemed an even more appropriate time for some further trout fishing. I'm not about to make myself the bane of the locals by naming the exact locations, suffice to say there are several terrific free river stretches among Devon's towns (Theo Pike's book "Trout In Dirty Places" has some excellent leads). How is this, for a little gateway to the stream, just behind suburbia? 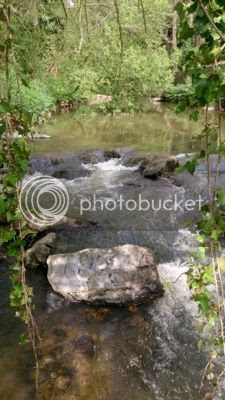 No need for nymphs this time, just about everything was rising: sedge, olives and even some very early, classic mayflies. The trout were so up for it, I resorted to progressively larger flies. Rises were positive and gorgeous, wild fish just kept coming. Well, apart from this rather cute oddball; I've never seen such a stocky, squat looking wild brownie: 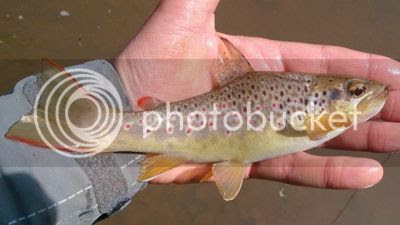 The best was yet to come too. I had spotted a larger fish by a boulder that simply refused to move for anything. I'd seen the devil on two previous strolls in fact, each time tormenting me. It was to be third time lucky for me though, and the answer was to change tactics. I landed a large dry sedge near his lair, before giving it a provocative twitch and suddenly, at last, he finally lashed out:

The story doesn't end there however. I had wandered just 50 yards beyond the boundary of a public park when I spotted something that left me speechless. The dog otter which swam right past my position was a great big creature. He went by quite unconcerned, diving briefly opposite me, before resurfacing downstream. Many a time I've heard talk of otters on Devon rivers, but never been face to face with one. It's a shame I couldn't steal a better picture of him, but the eagle eyed among you will make the otter out here: 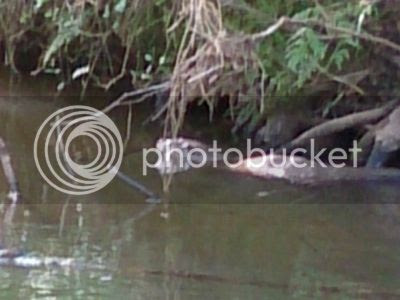 A rare treat really- and while I understand concern for some coarse fisheries, I can't help feeling that these creatures belong in our native land. Nor do they seem to have a huge effect on wild trout in my experience, because I've found droppings and footprints on some really prolific trout streams.
All in all, I've had a wonderful spring, but an even greater satisfaction than my current lucky streak is the release of my book, Canal Fishing: A Practical Guide. 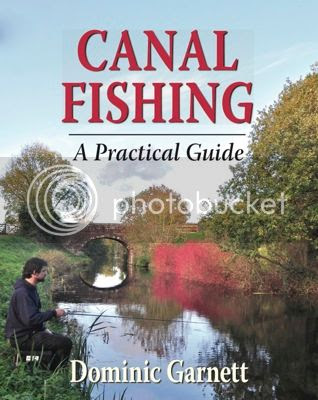 Thinking back over all the adventures, trips, research, phone calls, emails and anglers involved, it's wonderful to finally see the project realised in print. It was a tough call to compile a book with just about every species, method and canal fishery in the country- but the result is what I hope will be regarded as a really entertaining and comprehensive guide to canal fishing. It can be ordered now from all good angling book stockists, or you can order a signed first edition from my very own site (www.dgfishing.co.uk).